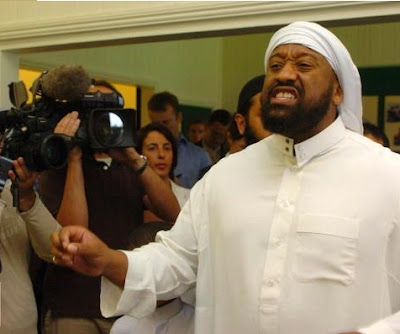 Abu Izadeen: I want to be the Counterjihad’s poster boy
Does this guy look like he’s struggling with hemorrhoids or what? Abu is back in town, with more mischief up his pajama sleeve for sure. Actually, it’s a toss up between Izadeen and Choudary on being the poster boy for the Counterjihad.
Tell the Tundra Tabloids which one you would vote for being the Counterjihad Poster Boy, remember, the CPB should be the best recruiting tool in getting the people to wake up and say no to sharia. KGS 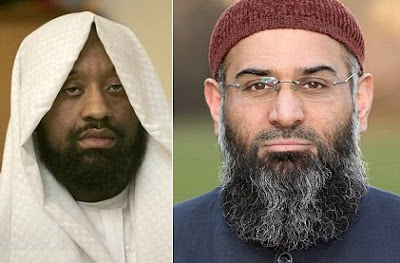 The Sun: TERROR fanatic Abu Izzadeen was freed from prison today — and shamelessly attacked the poppy as he left.

The al-Qaeda supporter — caged for inciting hatred and raising funds for terrorism — got a hero’s welcome from 50 bearded cronies at the gates of Pentonville nick in North London.

Izzadeen, 35 — who shot to fame in 2006 when he roared down Home Secretary John Reid in public — climbed on to the prison’s ten-foot wall to give a rabble-rousing speech to his demented band of followers.

And he called for a boycott of the poppy, worn to commemorate our troops’ sacrifices in conflicts.

The bile-spouting crackpot launched a tirade against Our Boys in Afghanistan, saying: “I don’t believe anybody, even non-Muslims, should buy a poppy because they should not endorse this illegal war.