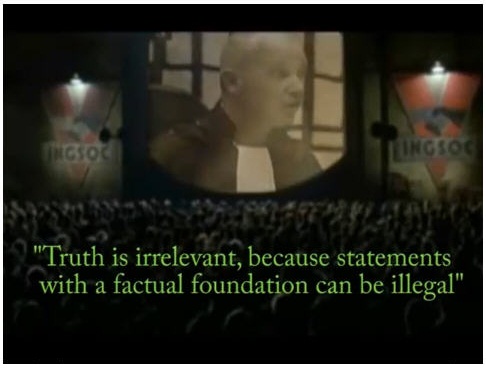 At the request of the ICLA, the Tundra Tabloids posts once again the video about the upcoming pro-Geert Wilders demonstration set to take place in Amsterdam on the 30th of October.
ICLA: European Freedom Initiative (EFI) Amsterdam Promo Video (Censored by Youtube)
By Aeneas • on October 27, 2010
The following is the censored version of the EFI promo video for the EFI demonstration in Amsterdam on 30 October 2010, 2-5pm.
The European Freedom Initiative is an umbrella organization, members include SIOE (Stop the Islamsiation of Europe), ICLA (International), BPE (Peoples Movement Pax Europa, Germany), Politically Incorrect (Germany), EDL (England), LDF (France), Alliance to Stop Sharia and Actions SITA (France), DDL (Holland), Mission Europa – Netzwerk Karl Martell (Austria), Una Via per Oriana(Italy), Amsterdampost (Holland) and many others…