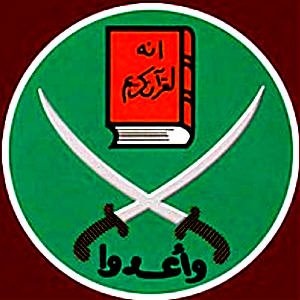 Team B II over at Breitbart file the following report which is a continuation of its ongoing block buster series on sharia and the Muslim Brotherhood in the US. KGS

Part 13 of a serialization of Shariah – The Threat to America, the report of Team B II of the Center for Security Policy.
An extensive FBI investigation and federal prosecution resulted in convictions that shed light on the Muslim Brotherhood’s operations in the United States. In addition to the convictions of five defendants for terrorist funding-related activity, the Texas trial produced a Justice Department list of “un-indicted co-conspirators” with the Holy Land Foundation (HLF), a terrorist fundraising front for Hamas.
Many of those un-indicted co-conspirators are individuals and organizations who are prominent in Muslim advocacy today, and who have cast themselves as mainstream Muslims. Many are also identified as Muslim Brotherhood operatives.
This section of the Team B report on shariah describes the Holy Land Foundation trial.
Between July and September 2007, prosecutors from the U.S. Attorney’s Office in Dallas, Texas, along with attorneys from Main Justice (DOJ), working with FBI case agents and analysts from the FBI Dallas Field Office tried the Holy Land Foundation for Relief and Development (HLFRD or simply HLF) and its senior leadership in U.S. Federal Court, Northern District of Texas.

At the time, HLF was the largest Muslim charity in North America, and funneled money and assistance to Hamas overseas in support of their terrorist operations. Hamas had been designated a Foreign Terrorist Organization (FTO) by the U.S. government in 1995.
Uncontested evidence provides unprecedented insights
In the course of the HLF trial, scores of exhibits and testimony were introduced into evidence uncontested by the defense. Taken together, they provided unprecedented insights into the web of connections among a handful of alleged Hamas front groups that have operated on American soil throughout the 1990s to this day.
This network serves as a central node in the Muslim Brotherhood’s wider U.S. organizational infrastructure.
HLF was the largest Hamas front organization ever prosecuted by the U.S. government; its trial was the largest in the history of official efforts to counter terrorism financing in America.
Read it all here.