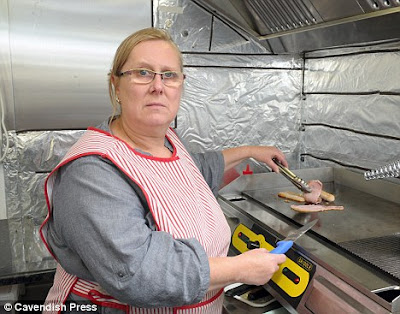 British entrepreneur Beverley Akciecek who actually works for a living:
I have Muslim customers for crying out loud, who’s really behind this?
How many times are we going to have to witness outrageous buffoonery before the people get into the streets with their pitchforks, demanding the government to end the nonsense of multiculturalism once and for all, enough is enough dammit!
We have already seen a couple of entrepreneurs having their bread & breakfast bankrupted by a Muslim convert who concocted a story to get them into trouble. That business served the public for years, not their out of business due to a Muslim, the Muslims that put her up to it, and the fecal headed British judicial system that should have thrown out the ridiculous charges early on.
Wake up people, make it aN issue with all of your political representatives regardless of which party you belong to, this menace to a sane society has to be addressed, and that means the British people have to get so pissed off about it all that they will hold getting elected above their candidates head if they don’t act on their demands. KGS 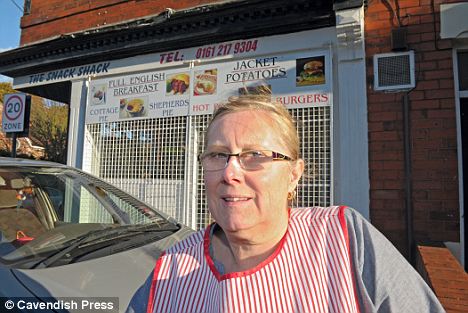 DAILY MAIL:A hard-working cafe owner has been ordered to tear down an extractor fan – because the smell of her frying bacon ‘offends’ Muslims. Planning bosses acted against Beverley Akciecek, 49, after being told her next-door neighbour’s Muslim friends had felt ‘physically sick’ due to the ‘foul odour’.  Councillors at Stockport Council in Greater Manchester say the smell from the fan is ‘unacceptable on the grounds of residential amenity’.
The fan has been in Beverley’s Snack Shack takeaway in the Shaw Heath area of the town for the past three years. Mrs Akciecek and her husband Cetin, 50, – himself a Turkish Muslim – work more than 50 hours a week buying, preparing and cooking hot and cold sandwiches and hot-pots for their customers.
Today mother-of-seven Mrs Akciecek said she plans to appeal against the decision.
She said: ‘I just think it’s crazy. Cetin’s friends actually visit the shop, they’re regular visitors, they’re Muslim people, they come in a couple of times a week. ‘I have Muslim people come in for cheese toasties. Cetin cooks the food himself, he cooks the bacon.
‘When we go to a cafe my husband wouldn’t be offended by the smell of bacon. His friends are not offended by it, we have three visitors who come here for a sandwich, friends of my husband, and the smell doesn’t offend them at all. ‘My brother-in-law doesn’t flinch if he comes and we’ve just taken out three trays of bacon. ‘I’m going to find a local councillor. I’m waiting for the letter so I can appeal.