Skip to content
Home
/
2010
/
October
/
20
/
Gates of Vienna
/
THE GATES OF VIENNA: THE INCREDIBLE SHRINKING OF THE OIC…….
Facebook
Twitter
Google+
LinkedIn
Pinterest
The Baron over at the Gates of Vienna brings up a salient point, that being, the Organization of the Islamic Conference (OIC) is not as big as it promotes itself. The Tundra Tabloids has always been aware of the fallacious number of “57 states”, and how they included the non-state called “Palestine”, which when excluded, brings the number down to 56. 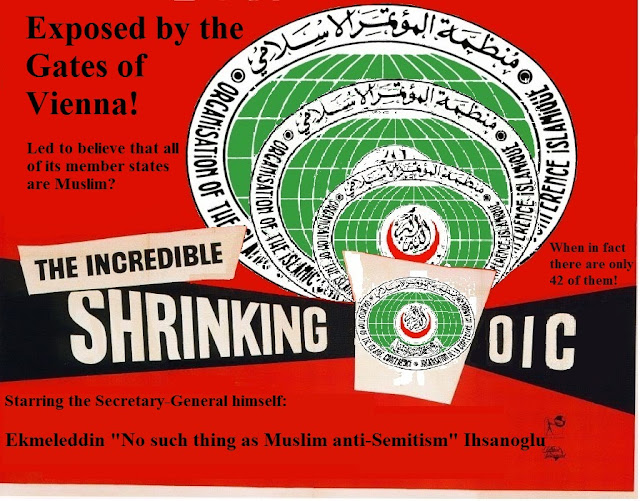