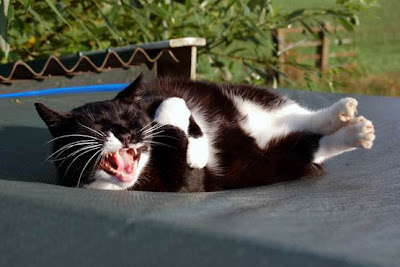 This is indicative of the level of debate within modern society. Disagree with people on certain issues, and you’re labeled a ‘fascist’, demonstrate a propensity for intimidation, violence and nonconformity to state law, coupled with a totalitarian world view, then you’re a protected species.
This bishop exhibits the mentality of a ten year old, he belongs to an organization that’s structured from the top down, with a well known list of rules that dictate what can, and cannot be done, what is acceptable behavior and what is not, then calls it fascistic because out of the plethora of dictates that he agrees to, one sticks in his craw.
Organized religion for the most part, is not a democracy any more than the military, but unlike the military, with the exception of Islam, one can opt out and either change one’s belief or affiliations or start a new chapter with a different emphasis. What’s stunning is that this bishop chastises his former organization for being undemocratic when he knows fully well its not, neither is the Catholic church which he now calls home. What a fool. KGS

Church of England is fascist and vindictive, says bishop defecting to Rome 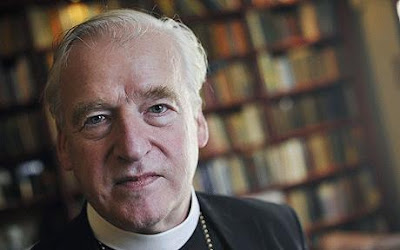 John Broadhurst: The Church of England is fascist,
so I’ll join the hierarchal Catholic Church instead
“I don’t feel I have any choice but to leave the Church and take up the Pope’s offer. The General Synod has become vindictive and vicious.
“It has been fascist in its behaviour, marginalising those who have been opposed to women’s ordination. We have not been given any space.” More here.
Sorry, but all the Tundra Tabloids can do with this one, is to laugh. KGS