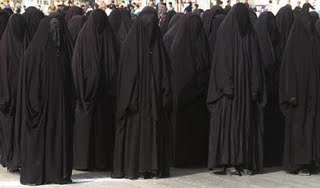 Leave it to a think tank “wonk” to promote bull crap like this, one can only wonder how much this former “faith advisor” to the prior Labour government cost the British taxpayer. Morons like Malik exist off the hard working people, producing absolutely nothing while contributing to the decay of the British state. What nonsense, why do you Brits put up with this crap in the first place, is multiculturalism such a lofty ideal, and the success of it gauged by the number of kebab stands that dot the central street in every town?
Such an article should have every sane Brit pounding on the door of that institution, demanding Malik to be sacked, as well as every numbskull that pushes her stupidity upon elected officals. Every British politician should be made well aware by their constituency that any such notion of Malik’s making its way into public policy, that was considered by them and given their stamp of approval, will have grave consequences for them at the polls.
When it’s all said and done people, you have the power to put an end to all of this nonsense once and for all, just say no. Form yourselves into formidable blocks of voters in your precincts, and make it clear that anyone pulling for Islamization will be drummed out of power, and that you’ll give your vote to teh person that indeed does “get it”. KGS 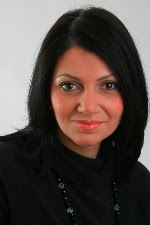 Alveena Malik: Make sure you tell your
politicians to avoid me and my policies like the plague

Politicians in France and Belgium have voted in favour of banning the full veil
Opponents of the veil claim it oppresses women and presents a barrier between those who wear traditional dress and the rest of society.
But in a new report from think-tank Civitas, Alveena Malik, a former faith adviser to the last Labour government, said the test of whether religious symbols are appropriate should be based on whether they are practical.
Politicians in France and Belgium have voted in favour of banning the full veil, or “niqab”, and other European countries are thought to be considering similar action.
In a new report, Women, Islam and Western Liberalism, Mrs Malik said: “We in Britain need to take a different direction from others in Europe and to accept the veil as part of a modern British way of life.”
She continued: “The wearing of religious symbols, including the full veil, should be a fundamental human right of an individual in both the public and private sphere.
“The real test for religious symbols in the public sphere should always be: ‘Does the wearing of a symbol (such as the kirpan, turban, yarmulke, crucifix and the veil) hinder a citizen’s ability to perform their public civic duties?’”