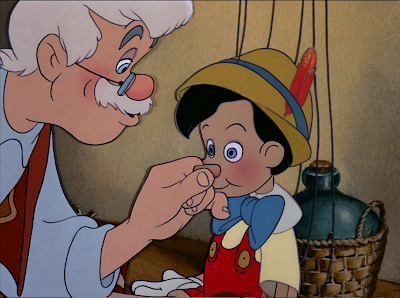 Geppetto: Thankfully we live in Italy not
in increasingly intolerant Muslim Indonesia
The only reason why Indonesian society doesn’t resemble  that of Saudi Arabia’s or Iran’s, is due to time and distance from the heartland of Islam. Islamization is a process, sometimes slow, sometimes sped up, but proceeding along with no real end in sight. KGS
(Jakarta Globe)– First it was churches and a minority Islamic sect, then the gay community and a former Playboy editor. Now the country’s much-derided Muslim hard-liners are reportedly targeting one of its most beloved icons: Wayang.
Ki Slamet Gundono, a world-renowned dalang (puppet master) for the traditional Javanese shadow puppetry, on Wednesday said hard-liners in Sukoharjo, a town south of Solo, had broken up several performances in the area.
“A bunch of youths calling themselves Laskar Jihad [warriors of jihad] attacked a wayang performance taking place in Sembung Wetan village in Sukoharjo on Saturday night,” he said.
“They threatened members of the audience and forced them to disperse. “We strongly condemn this violence,” he added.
Gundono said he only recently learned about the incident from fellow wayang practitioners who were afraid to report it to police.
“We have decided to take a united stand to protect the arts and culture against violent acts by any group,” he said, adding people should not be afraid to hold future performances.
Joko Ngadimin, founder of Sekarjagad, a wayang and gamelan music troupe, said several similar attacks had occurred before.
“The latest incident on Saturday happened near my house,” he told the Globe.
“Two people were injured and the performance was forced to stop. The attackers from Laskar Jihad were throwing rocks and brandishing swords.”
He added the attackers all wore turbans and kept yelling “ Allahu Akbar! ” (“God is great!”) while running amok.