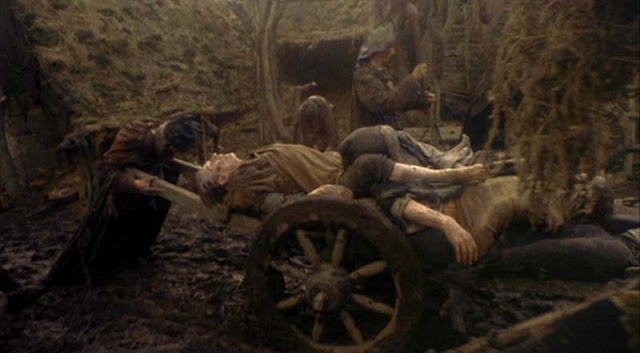 Years ago the Tundra Tabloids read a book by George Watson, titled the “The Lost Literature of Socialism“, a rather unassuming, compact book, that wouldn’t strike anyone looking at the cover as being a jaw dropping exposé on the reactionary ideology of Marxist socialism.
Despite  the Marxist story line that depicts the socialist ideology as  the vanguard of the lower classes, one is forced to admit that the “lower classes” never really held any kind of sway in the upper echelons of that political movement, either in the area of teaching Marxist theory or in implementing of it. Those positions, more than not, were filled by the intellectuals who could never be correctly deemed as having hailed from lower class “proletariat”.
One of the lesser known facts surrounding the Russian Revolution, is that in the two competing camps of the Mensheviks and Bolsheviks, -and in spite of the Russian aristocracy’s small demographic- the Russian aristocracy comprised over 20% of the overall leadership. They’re numbers were clearly over represented in relation to their relatively small numbers, which bordered around 3% of the Russian population as a whole.
Where the TT is leading with all this, is that in due course, the ancient system of upper and lower classes, Plato’s Republic as it where, is presently being formulated and implemented with one building block being laid upon the other, right before our very eyes.
Even though most societies, regardless of whether they call themselves a democratic republic, or communist China, practice a form of watered down crony (read = fake)  free market capitalism that in the end, while many still benefit in the present day system,  will favor the fewer of the few.
While Marxist socialism has been thoroughly debunked over the last 6 decades, fake capitalism, or “crony capitalism” has been welcomed with open arms, though in the end, it will result in the same concentration of political and economic power in fewer hands that has been the historical norm.>
The Counterjihad’s own Fjordman brought the following blog post to the Tundra Tabloids’ attention, which in part, shows just how far the correct and functioning Free Market Capitalist system has brought wealth and prosperity to the average citizen of the world. It was that new upstart ecomomic system that upset the apple cart in the late 1700’s and early 1800’s, that launched the intellectual movement that produced a counter ideological poltical-economic rival to the Free Market Liberals, socialism.
Read the following post to reacquire oneself with the misery of what once was the norm for billions of people the world over, and then tell the Tundra Tabloids if that’s the system worth revisiting… or resisting?
NOTE: The need for today’s oligarchs (that’s who are really behind the crony fake capitalism that Obama and the European socialists represent) to erase the lines of healthy nationalism, and thoroughly reshape and mix the masses, is necessary for controlling them.

The Legacy of Serfdom
The vast majority of whites are descended from people who suffered as serfs for several hundred years.  In our time of abundance, we often forget how short and brutal life used to be.  Christopher Martin, in his book “Louis XIV”, describes it thus:

… The peasantry still formed the bulk of the population.  Dressed in course cloth, with wooden clogs, living in thatched hovels, they lived simply at the best of times, on a meatless diet of bread and dripping, and porridge.  As much as half the value of their crops might go to the landlord in rent; or if, as was common in Southern France, they owned their own smallholding, it was often too tiny to keep them above the level of starvation.  The periodic scourges were famine, plague and war.  Not surprisingly the peasant’s expectation of life at birth was only twenty-five years.

During the Middle Ages, some 90% of Europeans were serfs.  These “Middle Ages” persisted, in some places, until the 19th century.  Once born a serf, it was almost impossible to escape to a higher station in life;  one’s status was determined by lineage.  Education was rudimentary at best and was typically limited to religious instruction.  Illiteracy was the norm.
Peasants were viewed as an inferior breed of human, relegated by divine providence to serve the noble class:

Certain wild creatures, male and female, are to be seen about the countryside, grimy, livid, burnt black by the sun, as though tethered to the soil which they dig and till with unconquerable tenacity… When they stand upright, they show a human face; they are, in fact, men.  At night they creep back into dens, where they live on black bread, water and roots; they spare other men the trouble of sowing, ploughing, and reaping in order to live, and they deserve not to go short of that bread which they have sown…” (La Bruye’re on the peasants, in “Characters”).  Also from “Louis XIV”.

While most white people today are descendants of those “wild creatures”, it is certainly working class/blue collar whites who are their true heirs.  What long-term cultural and genetic legacies did those centuries of slavery inflict upon the the descendants of serfs?
More here.