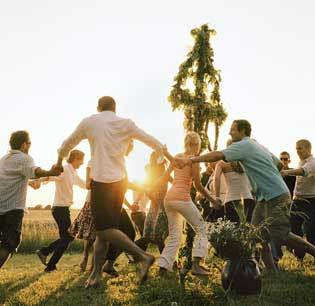 Thanks to Reinhard for the heads up on this article, which accurately describes the retardation of Sweden’s political  and social democracy. The Tundra Tabloids has stated it time and again, here, and in other forums,  that Sweden is not a functioning working democracy in the classical Western sense.
It has totally screwed up its system, and only appears to be a thriving democracy with all the trappings, but in reality, it has a self anointed political elite that practices some of the worst from of political oppression in Western Europe. Read what one of its own has to say about the monster they, the socialists have created. KGS
NOTE: The translation is pretty solid, but it might have some mistakes here and there.
H/T Reinhard

IMMIGRATION A muted debate has created a sense among ordinary people to be deceived. The political and media elite’s desire to create ‘right’ values have been set for voter discontent, writes Gunnar Sandelin, social worker and journalist.

When I was in high school in the late 60’s, one of my most forward-thinking teachers said that what fundamentally distinguishes a good society is the freedom from fear. To openly dare to vent their opinions in both the private sphere as in the public sphere should be the cornerstone of any democracy. Sweden was a relatively ethnically homogeneous country with a record-long S-rule and a lot of SD’s profile would be able to enter the parliament was not on the map.
The teacher’s words reflected a social climate that has gradually been broken down and which I now regard as lost. During the last four years I have been interested for asylum immigration and its consequences. Among other things, I have traveled around with policy makers and activists to several refugee camps, but rarely have I met so many people are afraid to openly speak their minds as here at home. People fall silent when it comes to criticizing the impact of Sweden in many ways crashed asylum reception.
Examples are the journalist who fears that Vicariate will not be extended unless the editor, the supposed “refugee friendly” angle, a researcher who understands that there will be no further allocation of negative consequences of multiculturalism are reported. A teacher will be called a racist by the students, but can not go to the head teacher as she then puts himself at risk of being accused of spreading a xenophobic image of the school. A middle manager in social services fear attacks and ostracism from colleagues and superiors after she used the word “negro,” though she cites only one other person. A colleague wrote a critical book about the multicultural Sweden’s emergence, but publish it under his own name – she fears the consequences. A mother says she lies to other family members – she dares not to mention that she voted for SD.
These people have all require from me the assurance that their identity is not disclosed. They fear that their work, relationships with friends and acquaintances and to their social status to be ruined if they open accounts for their opinions, although they are for me as a journalist just described the reality that the daily has on the skin. Is this the kind of fear that makes the SD voters by people who otherwise would vote differently? When the picture conveyed in the public domain does not match with what you are experiencing in their daily lives, creates doubt, frustration and a feeling of being deceived. Journalists have long refrained from giving the public a comprehensive picture of the asylum management. Many citizens have realized that they may have access to basic facts.
It is my belief that real xenophobic currents would decrease if our political and media elite dared speak out clearly about the following:
• immigration / asylum recipient’s net costs of between 43 and 58 billion per year.
• Almost none of the asylum seekers today have no valid identification documents.
• Half of those asylum seekers who are allowed to stay no or only short-schooling or little professional experience.
• Only seven percent of all asylum seekers who have received permanent residence permits in the past 30 years have refugee status.
• We have a family reunification, which is several times larger than asylum immigration.
• Sweden, between 1990 and 2006 have gone from three to 156 areas of social exclusion, which in practice only half of all people of working age have jobs.
Given these facts (which are available on various government websites or in their reports) points to a deeply problematic immigration and possibly also a town in the hill, requires explanation from the seven parliamentary parties which are always selected consensus in asylum policy. Instead of questioning and listening to what is a big part of people’s reality, the political and media elites strenuously sought to educate citizens to “correct” values. That any criticism of multiculturalism and massive immigration, asylum, relative to population has been dismissed as xenophobia means that we have an almost totalitarian climate where more and more people are scared and thus probably also more prone to dissatisfaction vote.
Journalists who see themselves as guardians of the “right” ideals have acted with a rarely seen herd mentality for decades. Unfortunately, I fear that this self-imposed restriction of freedom of expression has contributed strongly to Sweden in the future risk of becoming an increasingly torn, divided and poor country.