[Bradley’s omission of this information about Kifah Mustapha in his report on Sunday is all the more curious since his own station aired an extensive investigative report of Mustapha’s terrorist ties earlier this year.]

TEAM B II BREITBART: Part 8 of a serialization of Shariah – The Threat to America, the report of Team B II of the Center for Security Policy.
Shariah stresses its adherents’ exercise of information dominance. Accordingly, its campaign of civilization jihad against the United States prominently features political and psychological warfare, influence operations and other techniques for neutralizing and, ultimately subverting the nation’s foundational institutions.
Targets include the political system, the military, law enforcement, public and private education from preschool through graduate school, religious institutions of all major faiths, the financial system and the media.
The shariah information war in the West and the civilization jihad of which it is a central element is driven by an organization called the International Muslim Brotherhood (MB), also known by its Arabic title “Ikhwan.” 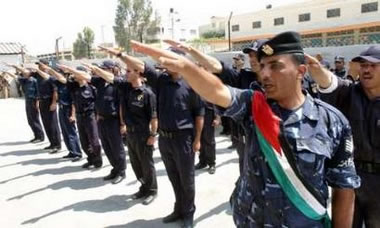