Skip to content
Home
/
2010
/
September
/
18
/
Anti-Islamization
/
EGYPTIAN IN GERMANY HAMAD ABDEL-SAMAD: ISLAM IS LIKE A DRUG…….
Facebook
Twitter
Google+
LinkedIn
Pinterest
This is exactly the kind of voice the Tundra Tabloids has been hammering on about for years, but guess what folks, how many people claiming to be Muslim, living here in the West, are going to rally around him and make him their standard bearer? When this kind of voice becomes the normal voice of Islam in the West, and takes the lead in challenging orthodoxy Islam abroad… then, and only then can you say something positive is happening. KGS
H/T Fjordman 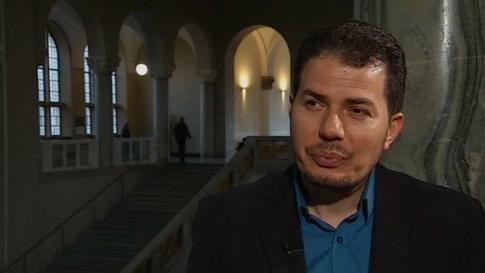 Abdel-Samad: My dream, in fact, is an enlightened Islam, without Sharia law and without jihad, without gender apartheid, proselytizing and the mentality of entitlement. A religion that is open to criticism and questions. As far as I’m concerned, I converted from faith to knowledge some time ago.
Read it all here.
NOTE: Take note that the man refuses to go all the way and totally reject Islam in full, due to his reluctance to reject his Muslim culture. Well, it matters little to the Tundra Tabloids, as long as he’s for ending sharia law and jihad, gender apartheid and dawa and the mentality of entitlement. While he’s at it, he can call for the end to the socialist mentality of  entitlement as well. How much you want to bet that the man is a card carrying SDP member?