Russian defense minister says Moscow still intends to proceed with arms deal, that includes sale of P-800 missiles, amid objection from US, Israel. Russia still intends to go through with an arms deal with Syria including the sale of advance anti-ship rockets, despite recent attempts by Israeli and US officials to thwart the planned deal, Russian Defense Minster Anatoly Serdyukov said on Friday according to state news agency RIA Novosti.

Related:  Some Congressmen come out against US-Saudi arms deal 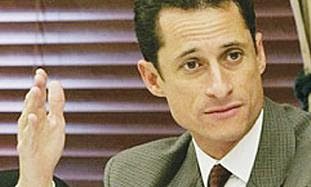 NOTE: Rep. Anthony Weiner is a real jerk and a loser domestically, but at least here he gets it right. But then again, he pimps for a socialist president who wants to make the largest ever weapons deal with the Saudis, did he protest as loudly with Obama’s intended sale of 60 billion dollars worth of weapons to the Saudis? Huh?