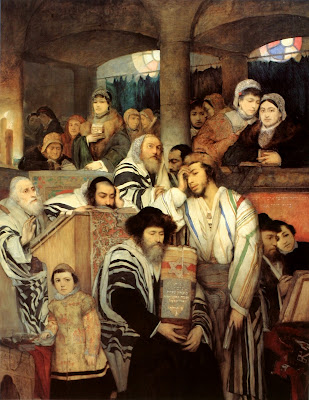 West Bank checkpoints temporarily closed until after Day of Atonement ends; 300 policemen deployed in Acre; train and bus services ceased.
Security and rescue forces will be on high alert during Yom Kippur which begins Friday afternoon and will end Saturday at dusk.
Security crossings into Israel from the West Bank were temporarily closed Thursday night and will open again at midnight on Saturday in accordance with security assessments adopted by the IDF.
On that note, the Tundra Tabloids takes you over to Doc’s Talk where Yom Kippur is the subject, as the high holy day on the Jewish calendar begins at dusk tonight. Doc explores what’s it like to be celebrating it in the land of the Jews, and especially in the town where he lives. It’s a very nice essay. KGS
Yom Kippur –day of…
By Don Morris
I am privileged to once again be living in Israel as Yom Kippur arrives at dusk today. “Yom Kippur is a Happy Jewish Holiday, replacing vindictiveness and rage with peace-of-mind and peaceful co-existence between God and human-beings, as well as among human-beings. It highlights forgiveness, pre-conditioned upon genuine repentance.” It is unique within humanity.

Today’s reflections focus on observed human behavior beginning with this morning. We live in a city, Netanya-approximately 180,000 people. Our citizens are average Israelis in terms of income and the society is shifting. We are one of the homes for Ethiopians, we serve as a center of sorts for French Jews, and our Russian population is growing as well. We have a substantial “religious section” and our remaining population consists of the standard Israeli demography.

Knowing that the stores are open only until 2 pm and some close even sooner, the morning began with lots of rushing around-particularly acute was the driving behavior. As an outsider from California I can say that the drivers today were harried. The number of those running red lights was substantial; after all, the stores would be crowded so people must arrive early. Forget about taking turns forming an exit line and the “sneaking into lines” drivers seemed to escalate, particularly as we approached 12 noon.