Skip to content
Home
/
2010
/
September
/
16
/
Uncategorized
/
MANFRED GERSTENFELD: A MARTIAN REPORTS ON HIS FACT FINDING MISSION OF THE EU…….
Facebook
Twitter
Google+
LinkedIn
Pinterest
This article by Dr.Manfred Gerstenfeld was  published in the Israeli Hebrew paper, Makor Rishon. The Tundra Tabloids republishes this translation of the article with permission from the author. KGS 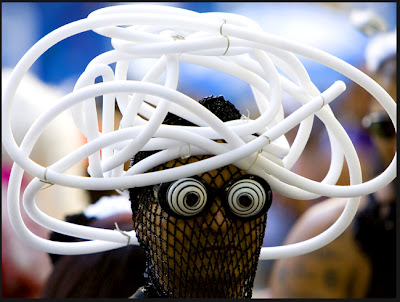 The Martian observes:
You Europeans are crazier than I look

A Man from Mars Visits Europe

The man from Mars: “We must find out what Europe’s biggest problem is: the Muslims or the Jews and Israel.”
If a man from Mars had come to Europe for a few days at the beginning of this month he could have written the following report upon his return home:
“I had studied the European Union somewhat in order to be prepared for my visit. I knew that its aim was to create peace, prosperity and freedom for its citizens in a fairer, safer world. First I visited the EU capital Brussels. There a EU commissioner, the Belgian Karel de Gucht, had just said that Israel frustrated peace efforts and one could hardly talk rationally with moderate Jews in the United States. Jews also boasted the most powerful lobby in Washington. I understood the meaning of de Gucht’s words immediately as I had read many declarations of Europeans explaining that Israel is the biggest problem in the world. I didn’t understand however why the European Commission distanced itself from his comments, and why De Gucht had to apologize.
“Belgium, a country with only 10 million people is in big disorder. For three months already the parties cannot form a government. During my visit the prominent French-speaking socialist politicians, Laurette Onkelinx and Rudy Demotte, declared that one had to prepare for a split of the country. I had read at home that it was the biggest Flemish party which wanted the split and that the French speakers were opposed to it. It is all very confusing.
“Belgium’s neighbor, the Netherlands also has not been able to form a government for more than three months. Recent polls show that the right wing Freedom party, led by the Netherlands’ internationally best known politician Geert Wilders, is now the biggest with about 25% support. It considers Muslims immigrants the main problem of the Netherlands. But if these people are such a problem why did the country let them in?
“I then travelled to the EU’s largest country, Germany. There, Thilo Sarrazin, a board member of the central bank, has just published a book Germany Does Away with Itself. He writes that Muslim immigrants bring down German standards. It cost him his job on the Board of the Central Bank. The leadership of his party, the opposition Social Democrats wants to evict him, but is afraid to do so. Polls show that if Sarrazin starts a new political party it will get 18% of the votes. However then the German chancellor Angela Merkel also said that the violence of Muslim youth is a big problem in Germany.
“I then went to France where, during the last few weeks, the government has already sent thousand gypsies back to Romania and Bulgaria, and intends to continue with this policy. Almost a hundred thousand people participated in protests all over France. The European parliament is of the opinion that the French policy discriminates on the basis of race and ethnicity.
From there I visited England. In his new autobiography the chief of the General Staff from 2006-2009, General Richard Dannatt, said that the British troops in Afghanistan did not get the equipment they needed. The former Labor Prime Minister Tony Blair had promised it, but the finance minister George Brown refused to make money available. Thus more British soldiers died than necessary. “I can not understand why the British military fights in Afghanistan. Has Afghanistan attacked them? Why go to war if you have no money to pay for your soldiers’ equipment?
Blair was pelted with eggs, shoes and plastic bottles during his visit to the Irish capital Dublin to promote his new biography. This proves that Europe has realized its aim of becoming prosperous. People can now afford to throw eggs on a politician instead of eating them.
“Finally I visited Sweden because I was told that this country is closest to realizing the European ideals. The Council of Europe Commissioner for Human Rights says that Sweden discriminates against gypsies. There is also a party, the Sweden Democrats, which considers Muslim immigrants a big problem for Sweden. This party may enter parliament in the elections this month. I also found out that about one third of Swedish 14-17 year olds are afraid to go back to school because they have been physically bullied, isolated or exposed to harassment. If that is the best European country what happens elsewhere?
“All in all it was a very confusing visit. I suggest that we send a larger delegation to Europe for a longer stay. We must find out what their biggest problem is: the Muslims or the Jews and Israel.”
Manfred Gerstenfeld has published 18 books, several of which deal with European-Israeli relations