Skip to content
Home
/
2010
/
September
/
6
/
Uncategorized
/
THE ISLAMIC NIGHTMARE CALLED IRAN: WOMAN WHIPPED 99 TIMES FOR PICTURE PUBLISHED OF HER WITHOUT A HEADSCARF…….
Facebook
Twitter
Google+
LinkedIn
Pinterest
Remember folks, those who support the hijab, are in part, supporting the atrocities carried out by the Iranian regime in enforcing Islamic law, sharia. Letting the headscarf become a fixed symbol of Islamic identity dooms the rest of civilization, for wherever sharia based principles gets a toe hold into any society, doom always follows. KGS 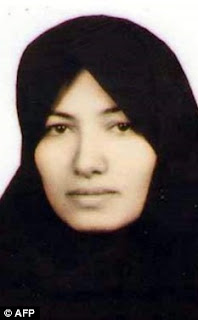