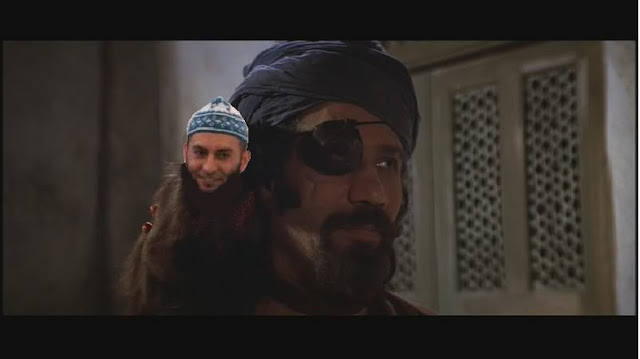 Feiz Muhammad: anyone who mocks
Mo, muslim or non-muslim should die
This is the point about sharia, it’s a political system that effects not only Muslims, but non-Muslims as well. To allow on tiny fraction of sharia into the West, is to eventually allow the whole of it, this is what the Leftists and other ignorant souls do not understand. KGS
Amsterdam- Dutch Muslim radicals are calling for Wilders to be beheaded. The call comes from the Australian hate preacher Feiz Muhammad (40), by intelligence agencies worldwide as one of the main jihadist ideologues, a great inspiration for Western, young Muslim radicals.
Sound recordings of this call are owned by The Telegraph and the Dutch secret service AIVD. The call did Feiz during a speech at a secluded site of jihadists, in response to questions from Dutch radicals: “We see the evil filth of people like those filthy Dutch politician. Anyone who our learning mocks, laughs at Islam, which lowers the death, decapitated him, cut his head off. “
Wilders shocked
The voice can be heard on the website of De Telegraaf. The PVV leader yesterday by The Associated Press detailed informed of the matter. Wilders says he was shocked last night and has consulted with Eric Akerboom, National Coordinator for Counterterrorism (NCTb). “I urgently want to know why the AIVD NCTb and never informed me about this.”
Al-Qaeda
Feiz Muhammad within intelligence circles is in the same breath as notorious spiritual jihad leaders and the US-Yemeni Muslim preacher Anwar al-Awlaki, a major recruiter for Al Qaeda, which is seen as the inspiration behind the failed attack with an aircraft over Detroit. According to Ronald Sandee, former employee of the MIVD and director of a U.S. anti-terrorist “assassination of the call for Wilders to be taken very seriously”.