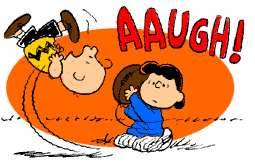 The Tundra Tabloids was recently in a meeting with a top Israeli official, who was basically saying much of the same thing that Prof.Barry Rubin writes in the following article. The talks will end up producing nothing substantial because there is no desire on the Arabs part in ending the war they have been waging, single handedly, against the Jewish state.
The Arabs are no where near preparing their people for peace, ending the incitement for the destruction of Israel and the demonization of the Jews in their schools, public offices, mosques and media. They have nothing to show on their side that they are even close to being serious about ending their conflict with Israel, nothing, nada, zip. KGS

Prior to the start of the new round of Israel-Palestinian Authority (PA) direct negotiations, a high-ranking administration official briefed the media today on what to expect. Having read the transcript prior to its official release, I will summarize here the most interesting points.
The basic structure of the talks is as follows: Prime Minister Benjamin Netanyahu and PA leader Mahmoud Abbas plan to meet every two weeks, starting on September 2. There will be more frequent meetings at a lower level on various issues. The United States will watch closely but the talks will be bilateral and the U.S. side will make no formal proposals.
In the words of the briefing:
“It does not mean that the United States will simply stand aside and not participate actively. We will operate in a manner that is reasonable and sensible in the circumstances which exist, but the guiding principle will be an active and sustained United States presence.” The word “presence” is an alternative to the word “involvement,” signaling a role as observer at this point.
Is the idea of solving this in a year realistic? The U.S. official insists it is a “window of opportunity” (heard that one before?), citing statements by both Netanyahu and Abbas (neither of whom believes this for a moment) to that effect. If they don’t make peace now, he added, they will face “”far greater difficulties and far greater problems in the future.”
It is noteworthy that making a deal is always deemed never to pose any greater problems in the future. To set as the two choices: continuation of a long, bloody conflict or its solution bringing about total peace and happiness obviously signals which is the preferred option. In this case, both leaders would love to make a deal, right?
Of course, this is not the real world. Netanyahu has to worry not so much about domestic reaction (a real but overstated factor) but about making such concessions that Israel would be in a worse, more dangerous situation, faced round two, escalated Arab demands, and a lack of Western support no matter how much he listened to Western advice. Netanyahu has to deal also with the details of borders, most notably pertaining to east Jerusalem, and retaining a limited number of settlements near the frontier.
Read the rest here.