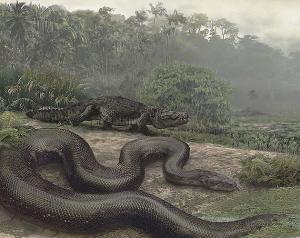 Hssss, we’re really not snakes and crocs in the grass

This is one of those texts you wish were written long ago, and often referred to. Well, this promises to be one of those texts, for Dr.Manfred Gerstenfeld lays it out bare, plain like, for all to see, you’ll have to be a moron not to see it.

The Tundra Tabloids good friend and colleague, TINSC, has also said it more than once, “that there are those who shed crocodile tears about the dead Jews of the Holocaust, but barely lift a finger (if at all) to help the ones that are alive now, namely, those who inhabit the only Jewish state in existence, Israel.”
You’ll see these faux philosemites parading in front of the cameras on the days of remembrance of the Holocaust, shedding their tears and giving their big speeches about how such a thing should never be allowed to happen again, then the very next day they’re back to pointing their fingers at the world’s only Jewish state.
No, the Tundra Tabloids couldn’t care less for these fake philosemites, they’re a stench to the nostrils, whose motives are as plain as the naked on a beach in broad daylight. These anti-Israel naysaying anti-Semites are not actually pro-Jews, no, they wear their faux philosemitism only as a badge to prove their Leftist credentials, that’s the only reason, and it’s high time that they be called out for it. Like the TT has done to this idiot, who is no more a philosemite than Muamar Gaddafi. KGS

There is more interest in the suffering of those who died than in the aggression against those who are alive.
In August 23 an event of apparent worldwide importance occurred in Amsterdam: The chestnut tree Anne Frank had seen from her hiding place fell during a storm. Hundreds of media from all over the world, including Israel, showed photos of the fallen tree or reported on it. Saplings were taken to be planted in the US, Israel and other countries so that the tree lives on.
Sarah, a 15-year-old Jewish girl from Amsterdam, is the same age as Anne was when she died. She has not raised any international interest. Two months ago she told the daily Het Parool that she would no longer wear her Star of David in public, since she had been beaten up by three youngsters a few years older than her when they identified her as a Jew.
THE ANNE Frank story reemerges every few years, usually for not particularly important reasons. In 2004 the Dutch Catholic broadcasting station (KRO) asked the public to elect the most important Dutch personality ever. Anne ended up in the top 10. This created a problem as she had never held Dutch nationality. She died stateless in the Bergen Belsen concentration camp in Germany.
KRO then started a campaign to posthumously grant Anne Dutch citizenship. Her worldwide notoriety ensured that the Dutch were happy to consider her one of their own. A majority of parliamentarians, both on the Right and Left, were willing to support such a step, which turned out to be legally impossible. Subsequently the absurdity of such a move dawned upon the decision makers.
What about the other German Jews in the Netherlands who had been murdered in the Holocaust? And what about those turned away at the borders? In 2007 the imminent threat of the chestnut tree falling, and the decision of the authorities to cut it down, created new publicity for the plight of Anne Frank. There was great public opposition, money was collected and a special steel structure built to protect the tree from falling.
As said, this motif of interest in dead Jews while willing to look away from current anti-Semitism, and at the same time defaming the Jewish collective in the State of Israel is not a Dutch speciality. The number of examples is endless.
Kristin Halvorsen, leader of the Norwegian Socialist Left party and minister of education, is notorious for her anti-Israel views in her country. In 2006, she wanted to boycott Israel. Yet in 2007 she insisted on speaking on behalf of the government at the annual Holocaust memorial ceremony.
Germany is the country where the study of this motif is of greatest interest. There are many Holocaust memorials and much reference to the murder of the Jews. Yet, at anti-Israeli demonstrations “Death to the Jews” is again heard on the streets of the country. Even if it is mainly shouted by immigrants from Muslim countries, it should raise far more concern than it does. The more examples one watches of the discrepancy in attitude toward dead and living Jews, the more one understands how little Europe has learned from its past.
The writer has published 18 books, including The Abuse of Holocaust Memory Distortions and Responses (2009).