Skip to content
Home
/
2010
/
August
/
26
/
Frank Johansson
/
SIMON WIESENTHAL CENTER WEIGHS IN ON AMNESTY FINLAND’S ‘SCUM GATE’…….
Facebook
Twitter
Google+
LinkedIn
Pinterest
The Tundra Tabloids just received this communique from the SWC this morning, which states that Dr.Shimon Samuels, Director of the SWC’s Paris branch, is now drawing attention to both the anti-Semitic remarks made by the Amnesty Finland head, Frank Johansson, as well as whether such an ethical breach of the UK Charity Commission’s guidelines and revoke its tax exempt status.
This is going to get interesting. The TT’s original post that started the ball rolling can be found here and here. * KGS 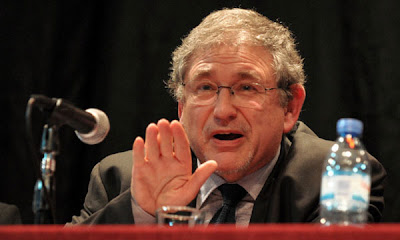 Paris, 26 August 2010
In a letter to UK Charity Commission Chair, Dame Susan Leather, the Simon Wiesenthal Centre’s Director for International Relations, Dr. Shimon Samuels, drew attention to “a British registered charity, Amnesty Internationa (AI) , whose International Secretariat is domiciled in London”
He added that ” you are probably well aware of the lofty human rights aspirations vaunted in the mission statement of AI, especially as its emeritus Secretary-General, Irene Kahn, was recently appointed to the Charity Commission’s Board of Trustees”.
The letter continued, “AI on its website, indicates its London address as the focal point for its global fundraising campaign. It is therefore clear that AI, through its various representations must comply with the audit requirements and values enunciated by the Charity Commission”.
Samuels suggested that “this week’s statement by AI’s Finnish Director, Frank Johansen, endorsing a colleague’s description of Israel as “a scum state”, arguably violate your Commission’s provisions against discrimination and, consequently, put AI’s charitable status in question”.
He noted that ” Johansen made his bigoted statement on a blog and on the website of Iltalehti, one of Finland’s principal newspapers. On both webpages, his title unambiguously appears as ‘Director of the Finnish Branch of Amnesty International'”.
The letter stressed that ” approaches to AI in London, urging condemnation of Johansen and his suspension from employment pending a full investigation, have been roundly rejected”, arguing that ” AI is apparently reluctant to modify its constant and obsessive assaults on the State of Israel, even when it reaches such despicable depths. It is thus complicit by omission in the antisemitic statements of its Finnish representative”.
The Centre urged the Charity Commission “to launch an official Enquiry into AI’s politicization and possible contribution to a climate of hatred that affects Jewish communities globally”.
“Pending the results of your Enquiry, we suggest that AI’s tax privileges be suspended and that the organization be treated by the Charity Commission as any other alien political agency with an address of convenience in the U.K.”, concluded Samuels.