This blows the whistle on the mindset of the mainstream media, talk about being in the bag, these faux journalists are leading the freaking charge against the anti-Islamization and Tea Party movements. Check this out:

UPDATE: ABC News admits wrongdoing but limits its actions to repremanding a “free lance technician”, in spite of the fact that the entire crew were trying to create an incident. From Brietbart:

Andrea Lafferty: On Sunday I was honored to be a speaker at the rally against building the mosque at ground zero put on by the Coalition to Honor Ground Zero. As the rally concluded, thousands of the participants marched the one block from the rally site to the actual site of Ground Zero.
I noticed a man in black shirt with a phone camera aggressively questioning and haranguing a gentleman with the sign, “No Sharia Here.” He was very aggressive, disrespectful and condescending; apparently, he did not like the man’s answers about Shariah and pushed the point: “Why do you feel threatened? What are you afraid of? Why can’t you answer my questions?” 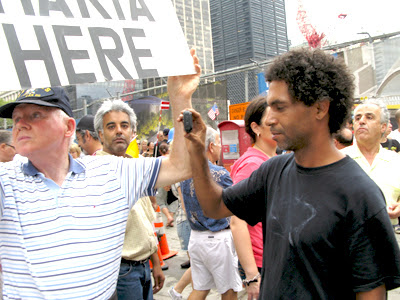 My instincts told me to document the scene, and I took out my camera. I originally thought he was a supporter of the mosque (they’d gathered in much smaller numbers a few blocks away), or some kind of fringe reporter for a small, even fringier leftist paper. When I challenged the man in the black shirt, asking him to tell me what media outlet he worked for, he refused to answer. He walked away. 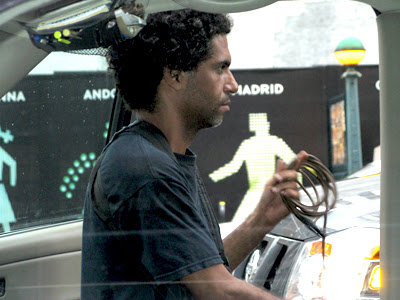 But there was cameraman was standing nearby, watching the scene play out. When I asked, he said he worked for ABC News. I then asked if the man in the black shirt was with him. The ABC cameraman said, “yes.” 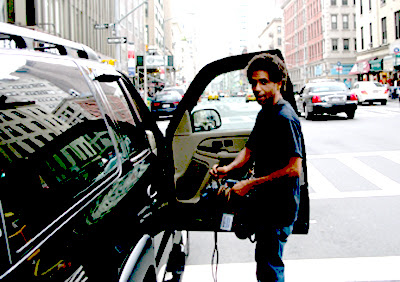 Sure enough, a few blocks away, I observed the man in the black shirt getting into an ABC News truck and putting on the sound equipment. When he saw me with my camera, he attempted to hide. At that time it became clear the man in the black shirt was an employee of ABC News. The ABC cameraman also witnessed his colleague’s aggressive behavior–and did nothing to stop him.
In my opinion, the ABC employee’s role at the rally was to provoke a confrontation with participants so ABC News cameras could record it and then use the footage; literally, making news. 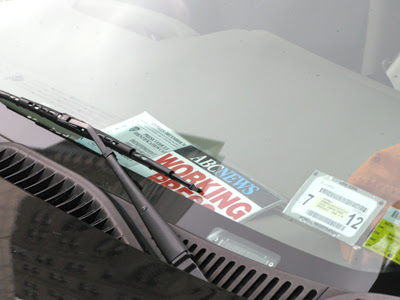