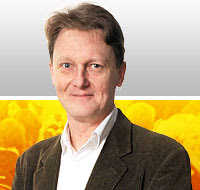 Finland’s AI chairman Frank Johansson:
Oh I’ve been to Israel and deem it a scum state.

So this “human rights” activist who chairs Finland’s AI branch of the international organization, which is supposedly a non-biased, impartial organization, labeled Israelis….scum. The man is a bigot, and an anti-Semite. Would Johansson ever dare to write publically about Saudi Arabia, or any other Muslim nation as a “scum state”, or does he, as many other “human rights” organizations do, take aim at Israel, just because he thinks he can get away with it?

This dispels the notion that Amnesty International (especially in Filand) is an impartial human rights organization as long as sentiments such as Frank Johansson is allowed to go unanswered by that parent organization. Another point worth noticing, is that Johansson makes that obvious biased, bigoted statement out in the open, without a care in the world that he would be held accountable in the Finnish speaking media and blogosphere.

Well guess what bozo, thanks to Vasarahammer and the Tundra Tabloids, your bigoted  and anti-Semitic statement has made it to the English speaking world. KGS

UPDATE: Tundra Tabloids colleague and fellow Finnish blogger posts at the J’Lem Post as a guest blogger: The Upside-Down World of Frank Johansson and Amnesty International