An Israeli governmental source indicated to the Tundra Tabloids a month ago that the Israeli’s will be seeking the route of sanctions, to get the Iranians divest themselves from their quest to achieve a nuclear bomb.
While that might change, the TT doubts seriously that the Israelis will be launching an attack on Iran. That’s just the gut feeling of it all, but the Israelis could defy common knowledge and indeed attack. KGS 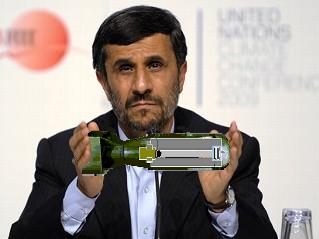 WASHINGTON (AFP) – Israel has “eight days” to launch a military strike against Iran’s Bushehr nuclear facility and stop Tehran from acquiring a functioning atomic plant, a former US envoy to the UN has said.
Iran is to bring online its first nuclear power reactor, built with Russia’s help, on August 21, when a shipment of nuclear fuel will be loaded into the plant’s core.
At that point, John Bolton warned Monday, it will be too late for Israel to launch a military strike against the facility because any attack would spread radiation and affect Iranian civilians.
“Once that uranium, once those fuel rods are very close to the reactor, certainly once they’re in the reactor, attacking it means a release of radiation, no question about it,” Bolton told Fox Business Network.
“So if Israel is going to do anything against Bushehr it has to move in the next eight days.”
Absent an Israeli strike, Bolton said, “Iran will achieve something that no other opponent of Israel, no other enemy of the United States in the Middle East really has and that is a functioning nuclear reactor.”