Skip to content
Home
/
2010
/
August
/
17
/
Finland
/
FINLAND RANKED AS BEST COUNTRY BY NEWSWEEK……..
Facebook
Twitter
Google+
LinkedIn
Pinterest
For most Finns, it would be a time to push one’s chest out with pride, the Tundra Tabloids however, while saying “well done” for being bestowed with such an honor, want to remind everyone that Finland is part of the EU now, and what successes it’s granted, must be shared with all of the other EU member states and with Brussels, since Finland is no longer a sovereign state.
If Finland hadn’t done the dirty and signed the Lisbon Treaty (EU constitution) which effectively stole its sovereignty as well as joining the Euro, and the top – down political elitist society that’s been manufactured by the socialists and faux conservatives, massive taxation including the death tax, limited property rights, the government telling the individual how to live thanks to the health care system, arbitrary stopping of motorists for breath analyzer tests (blow, bow hard) and the ending of the electoral college which effectively ended the importance of the individual’s vote, it no longer matters, just big party gains…then the TT might have a different opinion of the Newsweek announcement. 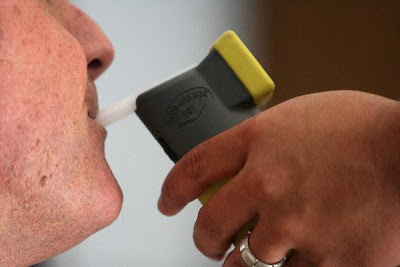 The Finnish state at work raping motorists
at will, while they “protect” the happy Finns
Sweets may cost more in Finland (brought to you by intrusive nanny government that has its “peoples own best interests at heart”, while raising more cash for itself)
YLE: Newsweek magazine has ranked living conditions in 100 countries around the world. In the magazine’s analysis, Finland was judged to be the best.
The analysis examined factors such as education and health care, quality of life, economic dynamism, and political environment.
Finishing after Finland were Switzerland and Sweden. The United States was in 11th place. The final three were the African nations Burkina Faso, Nigeria, and Cameroon.
The analysis of educational systems used factors such as the international PISA studies, as well as measures of efficiency and the educational level of the population at large. In this, Finland was in first place, followed by South Korea and Canada, which were in a tie.
Finland’s lowest marks were in health care, in which it came in 17th. The ranking was based on a World Health Organisation comparison examining how many years an average citizen could expect to live a full-blown life without being burdened by illness or disability. The top three were Japan, Switzerland and Sweden.
A number of factors were considered in assessing quality of life. These included gender equality, the percentage of people living in poverty, the equality of wealth distribution, the suicide rate, the state of the environment, and the proportion of employed people in the population. In this, Finland was in fourth place, with Norway, Switzerland, and Luxembourg coming ahead.
NOTE: America is still the most free country on the face of the earth, and in spite of the current situation under the Obama regime, its constitution and its people hold the keys in setting things straight. The Newsweek people consist of Leftists who could care less about the Soft Tyrrany, the unlimited power social democracies allow their governments to control peoples’ lives. If that was factored in, Finland would not top the chart.

NOTE: The TT also forgot to mention the systemic unemployment here, it’s over 10% with most Finns regarding it as being normal, while in the US, if it starts to creep over 6% it’s regarded as a catastrophe.