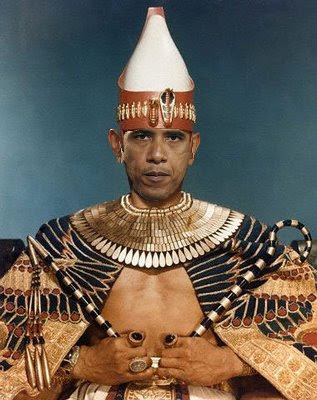 There is really little to add to Pamela’s words, it’s really that slam and dunk. KGS

Pamela Geller: Barack Obama this week extended his “best wishes to Muslims in America and around the world” and wished them a “Ramadan Kareem.” And he wrote, as he did in last year’s Ramadan message also, about “the principles that we hold in common, and Islam’s role in advancing justice, progress, tolerance, and the dignity of all human beings.”
Which principles do we hold in common? Death for apostates? The legitimacy of honor killing? I don’t begin to know what Obama is talking about here. Other religions are not tolerated in Muslim countries. Churches and synagogues do not exist in some Islamic countries, notably our “ally” Saudi Arabia, and where they do exist, they are constantly targeted and in myriad instances attacked. Churches in Nigeria and Indonesia have been attacked just recently.
Where is the dignity of women living under Sharia? Women’s rights under Islam are practically non-existent. Oppression, subjugation and gender apartheid define the treatment of women in Islam. Islamic anti-semitism defines the faith. Islamic aggression and intolerance of the Jews and the Jewish state have become the rallying cry of the ummah and the OIC-driven UN – abetted by Obama.
Obama also says that “Ramadan is a celebration of a faith known for great diversity and racial equality.” Diversity? Where is the diversity? Non-Muslims are anging on in Muslim countries only as tiny, persecuted minorities. Maybe Obama doesn’t know, or doesn’t care, that the word abd in Arabic means both “black” and “slave,” and that throughout Islamic history Arabs have exalted themselves above non-Arab Muslims. Even today in Darfur, Arab Muslims are terrorizing and killing non-Arab Muslims.
“And here in the United States,” Obama went on, “Ramadan is a reminder that Islam has always been part of America and that American Muslims have made extraordinary contributions to our country. Islam has always been part of America? Really? Since when? And as for the “extraordinary contributions to our country,” all I can think of is 9/11. To what else would Obama be referring?