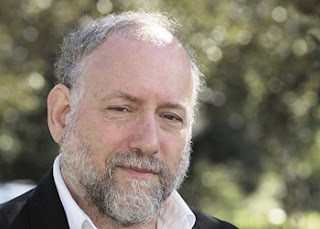 Barry Rubin: “What might be the most adaptable people in world history must continue to adapt to new threats and changing conditions.”
The Tundra Tabloids earlier linked to a post by TINSC concerning why Jews often vote for the Left (liberal Dems in the US, and in  modern terminology), Prof.Barry Rubin takes the thought and expands on it with great detail. The fact is, as a matter of self survival, Jews will continue to vote for the Left regardless of the knowledge that in doing so it will effect them negatively later on.
Many refuse to cross that political divide due to their increased inability to adapt to change, something of which has been a hallmark of Jewish survival. Call it a collective delusional movement in which the members believe it’s the end of history. For many Jews, to believe that the Left no longer holds the hope or salvation for a stable future free from anti-Semitism, is just too much to take in, they simply can’t let it go.
Also, as Barry Rubin elucidates for us, there are many Jews who know the truth about the Left, but who would dread being seen as “reactionaries”, as enemies of the people, that again, leaving the Left is just not an option. The answer lies in proving to Leftist Jews that political allegiances of old do not actually stand for “the people”, in which they have successfully intergrated, but for the dividing of the people into distinct groups, and that Jews, who have traditionally fared badly in any society where divide and rule became state policy, need to adapt to that reality, like Israeli Jews have, and choose sides. KGS
Explaining Jewish Political Behavior

The key to understanding contemporary Jewish political behavior in Europe and North America is the history of Jewish assimilation strategy. I tell the story more fully in my book, Assimilation and Its Discontents, but here is a short version, adapted for what’s happening right now.
This strategy was developed in Western Europe in the mid-1800s. There was no single theorist, influential book, or coherent doctrine. Rather, it was a pragmatic approach to the issue of how Jews could adapt to the pressures and opportunities of democratic societies. The assimilationist strategy continues to this day though people aren’t aware of it.
There were many—religious traditionalists, Zionists, and leftist revolutionaries—who pursued alternative routes but I’m not going to talk about them here. I am also fully aware of exceptions, such as the Jewish Bund and the post-World War One political situation in Poland, but cannot deal with them in this limited space. Please understand that the following points need to be generalizations but they are accurate ones.
The mainstream assimilationist approach has been as follows:
–Since the Jews were so weak and the surrounding majority so hostile, they would have to beg for equality and prove themselves worthy rather than to agitate or demand. Moreover, since Jews were attacked for allegedly having too much power, even when they had little or none, the emphasis was on being eager to make concessions, not to gain victories through threat or pressure. This was a strategy developed long before the days of majority guilt, multiculturalism, and Political Correctness. The Jewish approach thus contrasts with contemporary movements of minority groups which are more confident, aggressive, united, and demanding.