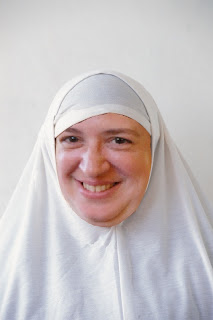 Elena Kagan: Sharia supporter?
Who me?

The Senate should not confirm Elena Kagan, because her views render her the first Supreme Court Justice who actively favors the introduction of Shariah law into national Constitutions and legal systems. To excuse themselves for voting for her confirmation, Senators of both parties have told themselves this vote for Kagan’s confirmation will result in a harmless swap: the substitution of one liberal justice for another.
The reality is far more threatening and unprecedented in American history. A vote to confirm Elena Kagan’s nomination will bring a liberal, pro-Shariah justice to our highest Court. And if she is confirmed, her behavior as Obama’s Solicitor General indicates she will refuse to recuse herself on any Shariah-related decision but instead will lead the charge to legitimate Shariah law in America.
Senators have told themselves they have little evidence on which to evaluate Kagan, because other than her work as Obama’s Solicitor General, she has no judicial experience.
But Kagan has made repeated and very public decisions about a judicial system – Shariah – and Senators should be obligated to take into account those decisions when they vote for her. Her 2003-2009 career as Dean of Harvard Law School is a history of those decisions, and every one of them shows her “deep appreciation” of Shariah law.