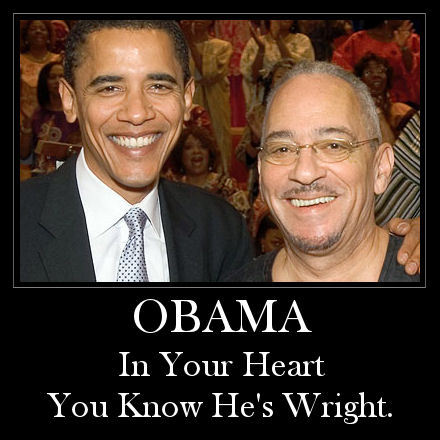 This was the moment of greatest peril for then-Sen. Barack Obama’s political career. In the heat of the presidential campaign, videos surfaced of Obama’s pastor, the Rev. Jeremiah Wright, angrily denouncing whites, the U.S. government and America itself. Obama had once bragged of his closeness to Wright. Now the black nationalist preacher’s rhetoric was threatening to torpedo Obama’s campaign.
The crisis reached a howling pitch in mid-April, 2008, at an ABC News debate moderated by Charlie Gibson and George Stephanopoulos. Gibson asked Obama why it had taken him so long – nearly a year since Wright’s remarks became public – to dissociate himself from them. Stephanopoulos asked, “Do you think Reverend Wright loves America as much as you do?”
Watching this all at home were members of Journolist, a listserv comprised of several hundred liberal journalists, as well as like-minded professors and activists. The tough questioning from the ABC anchors left many of them outraged. “George [Stephanopoulos],” fumed Richard Kim of the Nation, is “being a disgusting little rat snake.”
Others went further. According to records obtained by The Daily Caller, at several points during the 2008 presidential campaign a group of liberal journalists took radical steps to protect their favored candidate. Employees of news organizations including Time, Politico, the Huffington Post, the Baltimore Sun, the Guardian, Salon and the New Republic participated in outpourings of anger over how Obama had been treated in the media, and in some cases plotted to fix the damage.
In one instance, Spencer Ackerman of the Washington Independent urged his colleagues to deflect attention from Obama’s relationship with Wright by changing the subject. Pick one of Obama’s conservative critics, Ackerman wrote, “Fred Barnes, Karl Rove, who cares — and call them racists.”
Michael Tomasky, a writer for the Guardian, also tried to rally his fellow members of Journolist: “Listen folks–in my opinion, we all have to do what we can to kill ABC and this idiocy in whatever venues we have. This isn’t about defending Obama. This is about how the [mainstream media] kills any chance of discourse that actually serves the people.”
Read more: