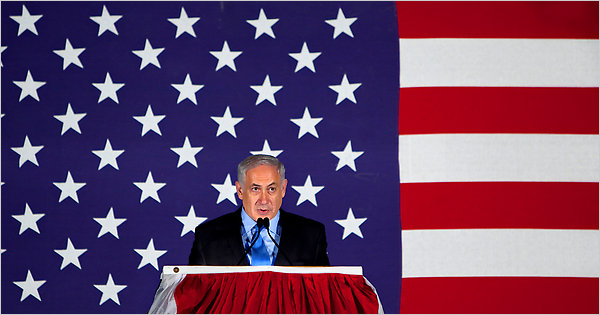 Anyone who is anyone will tell you how important it is for Israel to remain ambiguous (non-admission) about whether it has nuclear weapons. That ambigousness has kept the relative peace for over 50 years, by ensuring that it’s enemies would never dare attack in masse ever again.
Obama has now openly sided with Israel’s enemies by demanding Israel to sign the Nuclear Nonproliferation Treaty, which is something that its enemies have longed to get the Jewish state to do. They want to make Israel into a pariah state on that issue as well, which is just one more step into throwing throwing the entire country under the bus.
Israel has to deal with an entirely anti-Israel mindset in this present US administration, and regardless who the PM is, but thankfully its a Netanjahu run government, the reaction will be the same,…”no dice Washington, we are not playing your game.”
The stage is now being set by Israel’s enemies, with the “mohammedan” leading the charge. KGS

WASHINGTON — It was only one paragraph buried deep in the most plain-vanilla kind of diplomatic document, 40 pages of dry language committing 189 nations to a world free of nuclear weapons. But it has become the latest source of friction between Israel and the United States in a relationship that has lurched from crisis to crisis over the last few months.
At a meeting to review the Nuclear Nonproliferation Treaty in May, the United States yielded to demands by Arab nations that the final document urge Israel to sign the treaty — a way of spotlighting its historically undeclared nuclear weapons.
Israel believed it had assurances from the Obama administration that it would reject efforts to include such a reference, an Israeli official said, and it saw this as another sign of unreliability by its most important ally. In a recent visit to Washington, Israel’s defense minister, Ehud Barak, raised the issue in meetings with senior American officials.
With Prime Minister Benjamin Netanyahu scheduled to meet President Obama on Tuesday at the White House, the flap may introduce a discordant note into a meeting that both sides are eager to portray as a chance for Israel and the United States to turn the page after a rocky period.