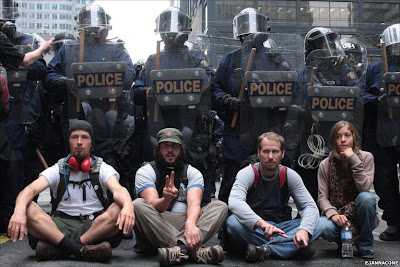 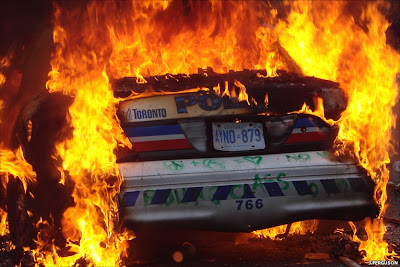 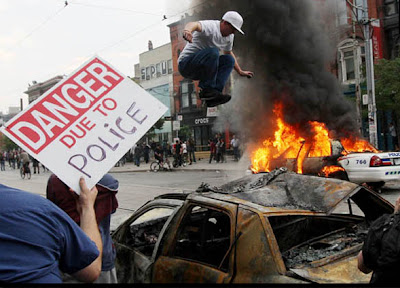 Banging out those anti-capitalist blues 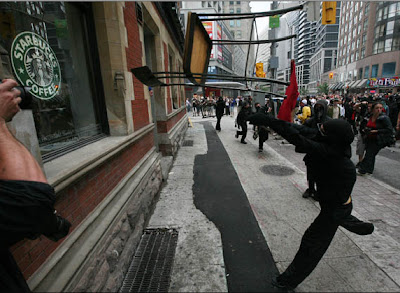 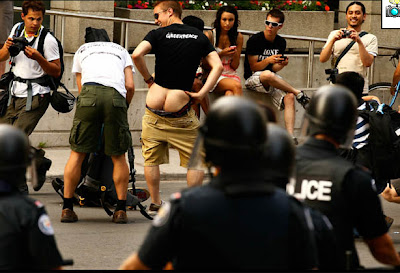 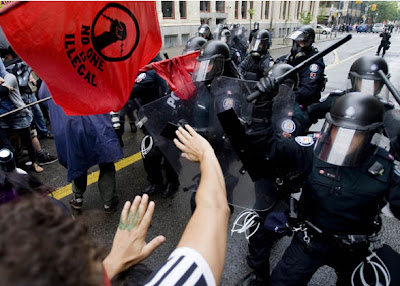 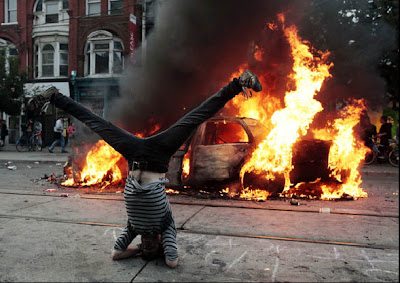 This typifies the mindset that protested 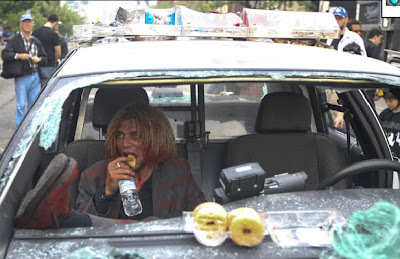 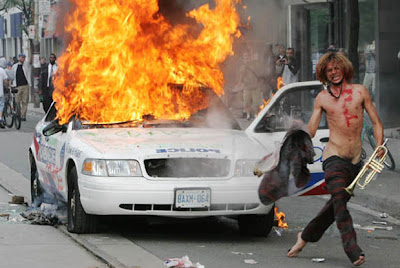 The product of socialist upbringing 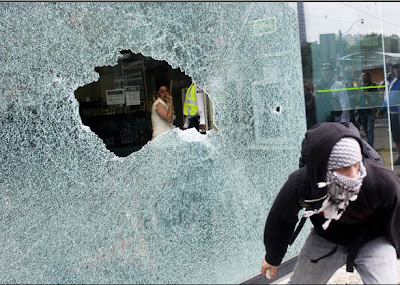 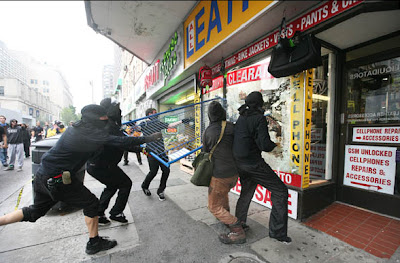 More stealing from the evil bourgeoisie 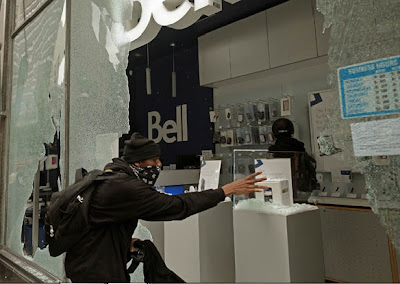 NOTE: These idiots sure hate capitalism, but they love products that capitalism produces, that’s why the Tundra Tabloids labels them idiots and morons.

VLAD HAS IT ALL HERE:

As usual, scores of what is most likely university grads, decided to make the streets of Toronto impossible for the working poor and raise costs on all things from a coffee to bank fees all for the sake of the poor or whatever group they imagine is disenfranchised in Canada at the G-20 now taking place in Toronto Canada. Saturdays highlights are 2 police cars burned and a Starbucks trashed. The latter I believe is vastly more sinister in implication as it typically means the hate and violence of this group is focused on what we saw especially in Europe during Israel’s defencive action in Gaza in 08.
Rumours were circulated that Starbucks is owned by Jews and that a certain percentage of all sales went directly to support the IDF. Now I have no idea if Jews are on the board of Starbucks, there probably are. But its unlikely any shareholders would be OK with profits going to fund a foreign army that already receives 100% of its funding from it’s own government, as do all national armies. If you search Vlad for Starbucks, you will see quite a few videos and articles about the targeting of Starbucks across the world as a focus of both Leftists, (Starbucks is a successful corporation world wide, other than Israel, employing tens of thousands and therefore personifies evil) and Muslim groups for the ‘reasons’ stated above. Top video is amateur video of destruction of Eaton’s Starbucks and the second is one of several police cars that were burned.
Today many predict will be much worse. There was at least one Palestinian flag amongst the protesters that I saw as well. So we likely have the usual crowd of agitators. The left and Islam.