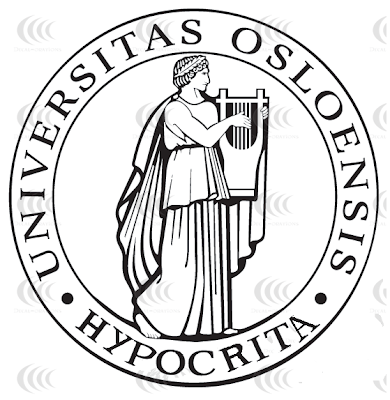 They voted down a measure that should never have been raised in the first place, but indeed thanks should be given to the rector of the institution for coming out solidly against the motion. The Norway, Israel and the Jews blog has the details, click here.
NOTE: An insider tells the Tundra Tabloids that: The University had declined to even vote on the proposition to boycott Israel academia, that originated from one of the University unions. But at the insistence from one of the board members who used her right to advance such a proposition, the board was forced to discuss it and bring the question to a vote.

The vote ended (this afternoon) with 9 against and 2 in favour for a boycott.

Plus there was a counter initiative, that the University of Oslo should decide to oppose an academic boycott of Israel. This proposition was voted on and accepted. The University official web site mentions the opinion of the U of O leadership according to which:
“academic contacts contribute to tearing down borders between countries and to create understanding and peace. Further, the statement from the board accentuates that an academic boycott is incompatible with the principle of individual academic freedom.”

So a victory for side! KGS