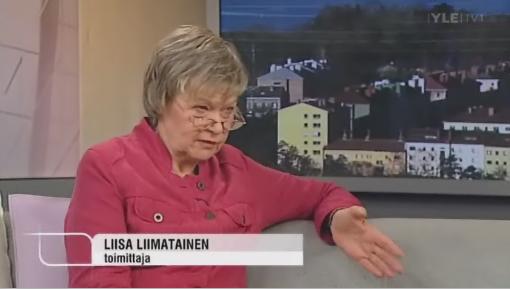 Liisa Liimatainen: I tell ya, I’m an old time Stalinist toad
This woman is a toad, correction, an old time Stalinist toad. Watching her on tv is a depressing exercise, and one couldn’t be blamed if they imagined her suddenly hopping off the couch in pursuit of a flying insect.
This is life in Finland, where the state tv broadcaster, YLE, seeks opinions of far Left-wing radical loons like, Liisa Liimatainen, that any normal rational person would automatically give a stiff arm. But at YLE, loons like Liimatainen are welcomed with open arms, and all at the tax payers’ expense, they can never get enough of them!
We the Finnish taxpayer are forced yearly to fork over hundreds of millions of hard earned Euros to the state broadcaster, YLE, for programing and news reporting and analysis that actively works against our common sense. At YLE, they treat the Finnish viewer with contempt.
In the latest round of tomfoolery, Lisa Liimatainen, writing in her online column at YLE, takes repeated stabs at Israel and the US in her piece bemoaning the state of affairs at the UN. No she doesn’t highlight the overt corruption of that institution by the OIC and the Arab League of the Human Rights Council or the other various bodies like the UNRWA etc..
No, Liimatainen whines on , quoting a Pakistani “human rights expert” no less, about how Israel is continuously protected by the US from resolutions while never bothering to understand, nor care to understand, the political underpinnings of these resolutions gerrymandered by the Arab states to deligitimize Israel on the international stage.
I won’t bother to quote from the article which can be viewed in Finnish here, but it suffices to say that this kind of mindless nonsense is something that’s par-for-the-course (normal) for Finnish state tv broadcaster, YLE. KGS
H/T Al Avai