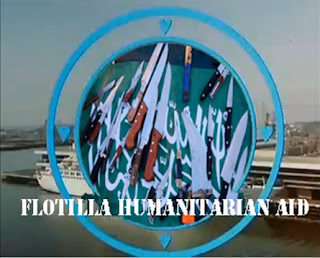 Ok, the Israeli PM, Benyamin Netanyahu announced he’s setting up an investigation into the “Flotilla of the Huns” incident, and it will include as a part of its investigation the:
“Examination of the actions taken by the organizers of the flotilla and its participants, as well as their identity.”
This goes to the heart of the point the Tundra Tabloids was naking a few days ago, that there should have been a demand straight away for an investigation into the role the Turkish government played in creating the whole incident. KGS

Two Iranian cargoes of humanitarian aid for Gaza will leave next week and one of them will be shipped through Istanbul, the official Iranian news agency, IRNA reported Monday.
The announcement quoted Mohammad Ali Nouraee, an aid official, who said one cargo will be sent to Turkey, and then shipped to Gaza from Istanbul while the other will leave from the port of Khorramshahr.
Nouraee said that the ships would sail without protective security because the Iranians “do not want to fight”, however he emphasized that “we are willing to become martyred in this way.”
According to IRNA, a senior official of the the Islamic Revolutionary Guards, Deputy Commander Hossein Salami, has said that escorting the two cargo ships “was not on the guards agenda.”