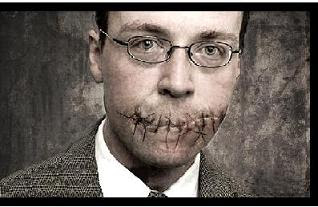 But Mohamed was in fact a pedophile
The YLE somewhat bastardizes the account of the Jussi Hall-aho affair, in which the Helsinki city councilman, to prove a point that the Finnish government and court system is operating two system’s of justice, one for ethnic Finns and another for its immigrant (mostly Muslim)  community.
To prove his point Halla-aho compared the way the court system dismissed a case in which Finns were maligned in an article of being genetically predisposed to drinking and violence, as well as how the Christian community is publicly mocked and maligned by the Left and atheists and others etc., while other religious groups, most notably the Islamic community is afforded a “special dispensation” by the state from similar criticism.
He was openly pointing a finger to the inequality of citizens/residents in Finland by how they are being treated by the state, by the courts adhering to a gross double standard. They are are introducing for the first time into Finnish society a rationale for the institutionalization of the arbitrary dispensing of justice and rule of law, not based on facts and actual justice, but by according to the size of  a group and how “offended” they might be. KGS
NOTE: For more on Jussi Halla-aho, the Tundra Tabloids has posted extensively on his case, available here.

On Tuesday the Helsinki Court of Appeals began handling the case against city councilman Jussi Halla-aho, who was convicted last autumn of violating the right of peaceful worship. His conviction was based on comments he published in his blog, which the prosecutor says were inflammatory and racist remarks about Islam and minority groups. A verdict is expected in August.
The prosecutor is also seeking a conviction for inciting violence against an ethnic group, a charge the lower court dismissed. Halla-aho himself is seeking a dismissal of both charges.
The lower court found that Halla-aho, an independent politician on the right-wing True Finns’ ticket, had offended the Islamic faith in his blog by making a link between Islam and paedophilia. He had also written that Somalis were either genetically or culturally predisposed to mugging people and living on government handouts.

The Tundra Tabloids’ and Vlad Tepes’ tribute to Jussi Halla-aho: