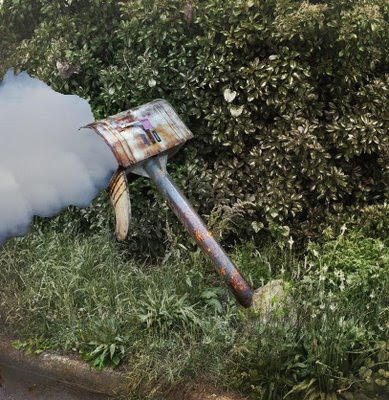 It is NOT an antisemitic decision! It is NOT a decision done against jewish people or the jewish religion! This is a decision based upon the fact that illegal settlements should not be supported, neither with words nor money. It is the state of Israels pollitic that is the reason and the target for this boycot. And this does not give youe the ability to say that the Norwegian or the swedish countries are antisemitic.. If you continue this narrow minded way of thinking then you soon will be left with no friends.. It is not very flattering for us that you call us antisemitic. I have been to Hebrew univerwoty in Jerusalem myself. And I was called an antisemit, the students called my country antisemitic.. What on earth do you base your arguments upon??

Well Ingrid from Norway, you’re in denial. Norway is a petri dish of fake humanitarianism. Your country has been ruled by the Left of Left for far too long, with your biased media helping to promote Norwegian self importance to absurd levels.
You people shed your crocodile tears for dead Jews of the Holocaust while siding with and helping today’s Islamonazis to finish the job. Your country chaired the International Task Force for Holocaust Education, Research and Remembrance (ITF), at the same time you celebrate Nazi Knut Hamsun and name streets after him. What a joke.
While not all Norwegians fit the cast, an enormous amount of your fellow countrymen do, they are nothing more than humanitarian racists and bigots who refuse to hold certain 3rd world peoples and ethnic groups to the same moral standards that they expect from everyone else.
It’s a reverse racism that’s founded on a perverse sense of humanitarianism, Norwegians deem the Arabs to be nothing more than animals, “so what if the Arabs shout “death to the Jews” in the middle of Oslo, that’s just the way they do things in their neck of the woods.”
You Norwegians also hold Israel to ridiculous standards that no Christian European state would dare adhere to itself, while wagging your finger in hypocritical arrogance. You say Israel doesn’t adhere to international law, but never seem to be able in pointing out exactly where they are in violation of it. Vagueness and disingenuous ankle biting is the way of the “humanitarians” of the north, and its wearing thin.
The last straw for me was loon doctor tag team of Mads Gilbert and Fosse, with their fake resuscitating efforts on an already dead of fake dead body. Watching Gilberts tell his partner to stop his fake compressions as he points to a flat line on the screen was the highlight of the Norwegian drama. No doubt Gilberts was playing Hawkeye Pierce and Fosse Frank Burns.
The Norwegian media’s thunderous applause for these two hacks sealed it for me, you are all, for the most part, a very highly corrupt people full of fake humanitarians and anti-Semites to boot. KGS
NOTE: Bacci140 gets the TT rolling on the floor with this one.
“hey ingrid, nobody cares about norway if it wasnt for your jew hating leaders, nobody would even know you exist so stuff your yap with swedish meatballs oh, and the next time fascists try and take over your country…dont come runnin to america to help you we wont but we will take all your hot women and stick them in bikinis for our beer commercials “