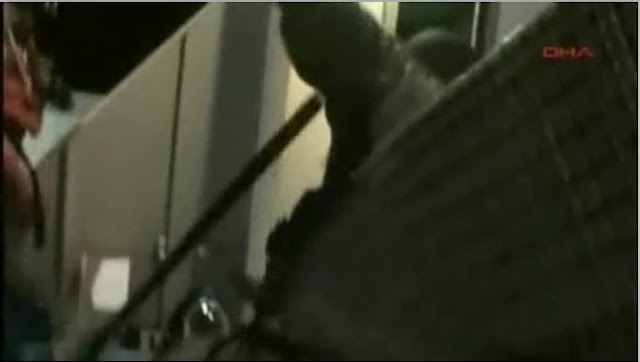 Israel: Turkish Parliament Member Said To Be Among Dead [Stratford]

A Turkish member of parliament is said to be among the victims in an Israeli attack on a Turkish flotilla that had been headed for the Palestinian Territories, Al Jazeera reported May 31. The Turkish nongovernmental organization that organized the flotilla said that 15 people, mostly Turks, were killed in the attack. The first ship from the flotilla has arrived in the port of Asdud, one of the places the Israelis are taking the flotilla and the wounded.

May 31, 2010
Israel has called on all Israeli nationals to leave Turkey immediately, Al Jazeera reported

Israeli security forces and Magen David Adom are on highest alert and preparing for the possibility of violence across the country after Israeli naval commandos raided a Gaza-bound aid flotilla May 31, Israel National News reported. Hamas is calling on Arabs to “take revenge on Israel.”

May 31, 2010
A spokesman for Israeli Prime Minister Benjamin Netanyahu said 10 people were killed in the Israeli raid on a Gaza-bound aid flotilla after attacking boarding soldiers, not 16 as previously reported, Turkey’s NTV reported May 31. The Israeli Defense Forces said 10 soldiers had been injured, one seriously, in the raid, Israel National News reported.

UPDATE: Amnesty International’s Director for the Middle East, Malcom (not so) Smart, states in a press release that “Israel says its forces acted in self-defence, alleging that they were attacked by protestors, but it begs credibility that the level of lethal force used by Israeli troops could have been justified. It appears to have been out of all proportion to any threat posed.”

Well, the judge and jury are already out sharpening their knives for Israel’s back. KGS

UPDATE: From the Tundra Tabloids good friends at EuropeNews: