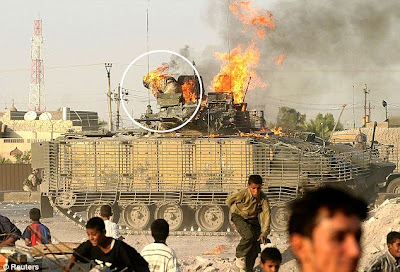 These boys have brass cajones, too bad the politicians don’t

The SAS launched a daring mission to rescue two of its own men held hostage in Iraq against the orders of the Ministry of Defence, the Daily Mail can reveal.
The elite unit was pushed to the brink of mutiny after it was banned from saving the SAS soldiers captured by militants because to do so would embarrass the Government.
The astonishing edict drove SAS officers close to mass resignation, according to a hardhitting report by the Tory MP Adam Holloway, a former Guards officer.
Details of the incident in 2005 expose the shameful way the Armed Forces have become politicised under Labour – with political spin put before soldiers’ lives.
Mr Holloway’s explosive account is supported by General Sir Mike Jackson, who was head of the Army at the time but only learned of the scandal later.
General Jackson last night made clear his disgust at the way soldiers were asked to sacrifice their men for political reasons, shattering the sacred military covenant that no man is left behind on the battlefield.
He told the Mail: ‘The story as you relate it chimes with my memory of the events. It was not only a brave but a very necessary operation to release those two captured soldiers. The British Army looks after its own. Underline that three times.’
The two troopers were seized by militant Islamic militiamen who had infiltrated the Iraqi police.
But a ‘very senior general’ at Permanent Joint Headquarters in Northwood, to the west of London, refused to approve the rescue mission.
Ministry of Defence officials were concerned that attacking an Iraqi police station would undermine the Government’s claims that Britain was successfully handing power to the local security services.