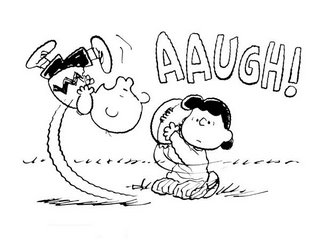 Peace this time around…eh no.
The Tundra Tabloids regards the analysis by Barry Rubin to be top notch, spot on and worthy of discussion in the highest levels of government. The TT has long been in agreement with Rubin over the futile efforts by those to discuss “the peace process”, all the while there still remains clear, credible and undeniable evidence that the Arabs are no where near in their acceptance of the Jewish state of Israel, let alone wanting to honestly end their conflict with it.
It’s all a mugs game for those who believe in the myth that “talking peace” will bring both sides together, when one side, the Arabs (who are labeled as “Palestinians”) need their conflict to continue in order to keep their people focused, tire their opposition into capitulation, as well guarantee the continued flow of money from abroad. They need the conflict to rage, not the Israelis, that’s the key into understanding the dynamics of the Arabs’ conflict with Israel. KGS

What Do the New Israel-Palestinian Indirect Talks Mean?

The question of the day is whether the Israel-Palestinian Authority (PA) indirect talks will make progress in the “peace process” or result in failure. One wonders at this point how many naive people believe that peace is at hand, and how many misled people think that the lack of peace is Israel’s fault.
What is needed to understand the issue is precisely what is not presented by policymakers, academics, and all-too-much of the mass media: The PA neither wants nor is capable of delivering a compromise peace agreement.
Radicalism within its ranks, in public opinion, and the ever-present challenge from Hamas ties the hands of leaders who are not so moderate themselves.
Belief that if they continue the struggle or keep saying “no” or subvert Western support for Israel they will get everything they want without giving up much is too tempting.
But can these specific talks at this specific time bring progress or failure?
Depends on what you mean by “progress”; depends on what you mean by “failure.”

If one believes there will be a comprehensive peace agreement, then the result will be failure because the PA didn’t want a comprehensive agreement to begin with, and both internal politics and intoxication in believing the Obama Administration will give them what they want is going to result in even more intransigence.

If the United States wants to impose a solution, the PA, sensing this will make sure the talks fail, have no incentive to make a deal. And any attempt after that by–let’s be honest here–people who really don’t understand the issues or how the region’s politics work would bring disaster in the longer run.