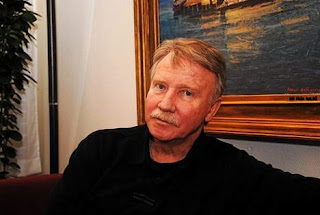 A pre-school in Malmö’s Rosengård district was shut down on Monday morning in the interests of staff safety following an extended period of threats and harassment from a gang of local youths.

Henrik Wolter, a health and safety representative for the Swedish Teachers’ Union, took the decision to close the pre-school with immediate effect following consultation with district leaders.

The 34 children who attend the Herrgården pre-school have been moved temporarily to a school in Käglinge in south-east Malmö, but district chief Eva Ahlgren expects the children to move to a new location in Rosengård on Wednesday. In the longer term, places have been set aside for the children at a pre-school affiliated with Rosengård School, which is currently being extended.

“The closure of Herrgården’s pre-school was necessary. Staff have been repeatedly exposed to fighting and harassment. On one occasion a glass bottle was thrown from a window at one of the employees,” said Ahlgren.

She added that she had not previously been aware of the problem.

The pre-school is located in an area at the centre of a housing standards scandal last year when its run-down apartment complexes were found to be riddled with mould and cockroaches.

–Mayor Ilmar Reepalu and his fellow Social Democrats are making a fine case study on how to ruin a city. It was a nice place once. Then the Jews left, the children left, the schools left, I expect most native Swedes have left too, or soon will. All that remains is literal and metaphorical “mould and cockroaches.” Good job Mr Mayor. You are the mayor of cockroach city. If there was any justice in the world, the entire Malmö Social Democratic party and their families would be forced to live in Herrgården with the cockroaches. What a great reality TV show that would make.

“Tonight, on At Home with the Reepalus, the mayor of Malmö is beaten up by for being white on the wrong street, someone sets fire to his daughter’s new moped, and Mrs Reepalu is called a “Swedish whore” by a teenage gang outside ICA. Just another day in the socialist paradise that is Herrgården.” I would pay to watch that show.

Swedish authority has lost control. This unending anarchy is bordering the danger zone and no one in the government has the balls to put a stop to it. First the chase out the Jews and now this. What’s next? take over the police station?

–Just pull out all police, emergency, stop paying welfare and let them rape and murder each other all day. If that is what they like, then let them do it to each other 🙂

–When they are fed up and tired of it, then let them come and beg to be part of Swedish society again. If they do not respect the country they are in, then they should not be a part of it either!

–What do the social democrats of Malmö plan to do about this? After all, they were the ones who created this cauldron of misogyny. Wait! I know. Raise taxes and introduce yet more social programs. That’s normally their instinctive reaction to all societal ills. Let’s unload the social democrat poison at the ballot box in september!