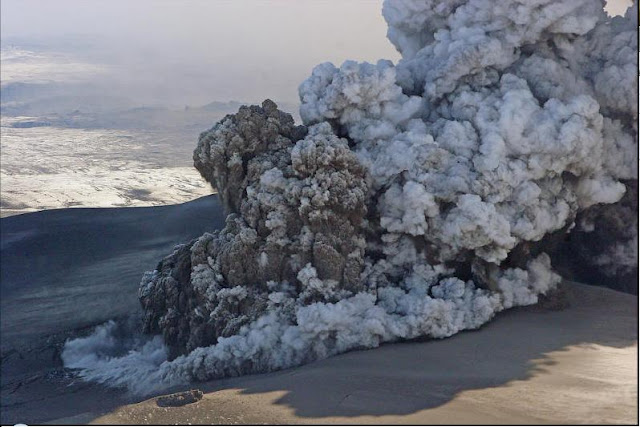 Around 300 000 tons of CO2 a day
It’s like a small to mid size economy per day! When mother nature does it, the global warming scare mongers could care less. But in keeping with their thinking about CO2, taking it to its logical conclusion, all volcanoes should be banned forthwith. KGS
[Flawed computer models may have exaggerated the effects of an Icelandic volcano eruption that has grounded tens of thousands of flights, stranded hundreds of thousands of passengers and cost businesses hundreds of millions of euros. The computer models that guided decisions to impose a no-fly zone across most of Europe in recent days are based on incomplete science and limited data, according to European officials. As a result, they may have over-stated the risks to the public, needlessly grounding flights and damaging businesses.]
Volcano emitting 150-300,000 tonnes of CO2 daily: experts
Iceland’s Eyjafjoell volcano is emitting between 150,000 and 300,000 tonnes of carbon dioxide (CO2) per day, a figure placing it in the same emissions league as a small-to-medium European economy, experts said on Monday.

Assuming the composition of gas to be the same as in an earlier eruption on an adjacent volcano, “the CO2 flux of Eyjafjoell would be 150,000 tonnes per day,” Colin Macpherson, an Earth scientist at Britain’s University of Durham, said in an email.