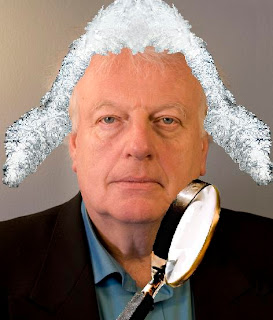 Norwegian Holocaust Center Director Odd-Bjørn Fure:
We hate outside attention, we’d love to do it ourselves
The Norwegian blogger at Norway, Israel and the Jews, informs that the Norwegian state broadcasting authority, NRK, is once again in the news, this time reporting on the rise of Judeophobiam and that the Holocaust center in Oslo is to survey anti-Semitism in Norway. In NIJ’s report, Anne Sender of the Mosaic Religious Community was interviewed and was encouraging the Holocaust center to do so.
But NIJ brings up some interesting points, as well as few quotes from Dr.Manfred Gerstenfeld, author of Behind the Humanitarian Mask: the Nordic countries, Israel and the Jews that highlight the need for outside intervention in order to carry out a more thorough investigation. NIJ asks:
Is the Holocaust Centre capable?

“Even though the reasons for investigating anti-Semitism, also among Norwegian muslims, certainly is there, there is reason to question the capacity and willingness of the Holocaust Centre to carry out any such survey. If it does have the capacity and willingness, why has it not put it to use earlier? Anti-Semitism in Norway has been growing for a long time, there situation of today has not arrived unheralded.”

Excellent points. Do the Norwegians have the capacity to thoroughly investigate the issue of anti-Semitism in Norway, when in fact, the very people who are supposed to be monitering such phenomenon, and are now (due to outside pressure) tasked with the endeavour to investigate it, have been on record denying that the it even exists as a problem in the first place? I think not.
Dr.Gerstenfeld is quoted as saying:

Very little is likely to come of them. It is useless to investigate anti-Semitic harassment in schools in isolation as children are not born anti-Semitic. They become so through their parents or from Norwegian society at large.
“There have been many pioneering anti-Semitic and anti-Israeli incidents in Norway in the last decade. If the Holocaust center were a adequate investigator of that it would certainly have come out against them many times, which it didn’t. The only way one may truly know what goes on in Norway in anti-Semitism and anti-Israelism is by having an international committee of anti-Semitism experts investigating the matter assisted by Norwegian researchers.

As the problems are structural in Norwegian civil society due to the domination of an elite which falsely calls itself progressive, the presently planned inquiries are likely to whitewash part of what they should reveal. The role of the Jewish community in all of this is very complex because in the Norwegian reality its members cannot publish all they know”.

The NIJ blog says that “the time might well have come to ask for outside help.” The Tundra Tabloids fully agrees with that sentiment. No one can be blamed for not believing that the director of the Holocaust doesn’t take anti-Semitism seriously, but one must realize that after decades of one party rule by the SDP, who pride themselves on the humanitarian credentials, who have in great part created this mess, the knee-jerk reaction to identify with their views and not be seen ldisoyal, is a real one.

How thorough of an investigation can be expected that’s led by an institution which has already accepted the state, academic and media version on anti-Semitsm in Norway? Without the involvement from impartial outside investigators, the real story will remain hidden. If Norwegians are serious about the rise anti-Semtism in their country, they demand an outside investigative team to help with the research. KGS