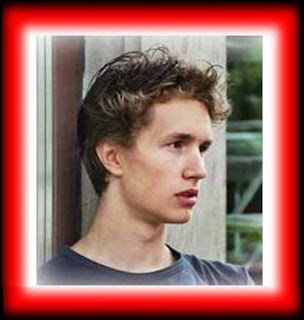 Commie Bruno Jäntti: Being a Lefty,
of course I hate Israel let me count the ways!

The Finnish state run broadcasting organization, YLE, is well known here in Finland for its anti-Israel animosity, so it shouldn’t surprise that they seek the views of one of Israel’s worst detractors, Bruno Jäntti, a hard Left Finnish activist who belongs to the radical anti-Israel “Israeli Committee Against House Demolitions (ICAHD)”. Broadcast in Finnish here for the next four days.

The reason for the interview with Jäntti, was that the Finnish branch of the ICAHD seeks to get the Finnish government to divest from being a major arms trading partner with Israel. Supposedlly, according to Jäntti, Finland flouts EU regulationswith its arms trade with the Jewish state of Israel. Vasarahammer informs the Tundra Tabloids that Jäntti “criticized the sale of missile guidance system components to Israel and claimed that Finland was participating in “Israeli war crimes”.

Ok, we’ve all heard that ridiculous mantra before, “war crimes”, but upon a closer inspection on what actually happened, for example in Operation Cast Lead and the subsequent Goldstone Report, we know that any such claims are absolutely ridiculous. Here is the abstract from Dershowitz’s report:

“The Goldstone Report, when read in full and in context, is much worse than most of its detractors (and supporters) believe. It is far more accusatory of Israel, far less balanced in its criticism of Hamas, far less honest in its evaluation of the evidence, far less responsible in drawing its conclusion, far more biased against Israeli than Palestinian witnesses, and far more willing to draw adverse inferences of intentionality from Israeli conduct and statements than from comparable Palestinian conduct and statements. It is worse than any report previously prepared by any other United Nations agency or human rights group. As Major General Avichai Mandelblit, the advocate general of the Israeli Defense Forces, aptly put it:
“I have read every report, from Human Rights Watch, Amnesty International, the Arab League. We ourselves set up investigations into 140 complaints. It is when you read these other reports and complaints that you realize how truly vicious the Goldstone report is. He made it look like we set out to go after the economic infrastructure and civilians, that it was intentional: It’s a vicious lie.”[2]

The Goldstone report is, to any fair reader, a shoddy piece of work, unworthy of serious consideration by people of good will, committed to the truth.”

we find out that Israel acted in accordance, with and beyond, what international law demands in regards to treating civilians during a time of conflict. All that of course is lost on these anti-Israel ankle biters like Jäntti, who treat every word spoken by the Arabs as gold, while turning a blind eye to the hard cold facts presented by Israel.Dershowitz: “The hard evidence conclusively proves that the exact opposite is true, namely that: Israel did not have a policy of targeting innocent civilians for death. Indeed the IDF went to unprecedented lengths to minimize civilian casualties; Hamas did have a deliberate policy of having its combatants dress in civilian clothing, fire their rockets from densely populated areas, use civilians as human shields, and store weapons in mosques. “

Face it folks, the Arabs play these Lefty stooges like a fiddle, and for sure, many of them know very well that what their being fed is a bunch of bull sh*t, but it serves their purposes for demonizing what they believe is the last vestige of “Western Imperialism” (hey Jäntti and your fellow Lefties, how about that Hasmite and Saudi kingdom?).

It’s all about tearing down, (in other words classic nihilism of the Left) and nothing about the truth. So when they lie like a rug as do their Islamic buddies, if it’s for the glory of Leftism, while the Muslims lie for the glory of jihad in their joint struggle to destroy the West.

So it doesn’t bother Bruno Jäntti one bit that his hero, Norman Finkelstein “denies the Holocaust as a uniquely evil deed, equates Israel with the Nazis, compares persons he disagrees with to Nazis, justifies Hamas and excuses Muslim antisemitism. For good measure, he adds, “I do not think there is very much genuine grief among Jewish leaders about the Nazi holocaust,” for they gained from what he calls “the Holocaust reparations racket.” They “blackmailed Europe, got billions of dollars and then stuffed their pockets, bank accounts and organizations with the money.” Dr.Daniel Pipes.

More than likely Jäntti doesn’t mind it all to know that his hero Finkelstein likes to give the Nazi sieg hail salute, in spite of the fact that such a salute would send chills up and down the spine of his parents who were victims of the German National Socialists’ Holocaust of the Jews. KGS 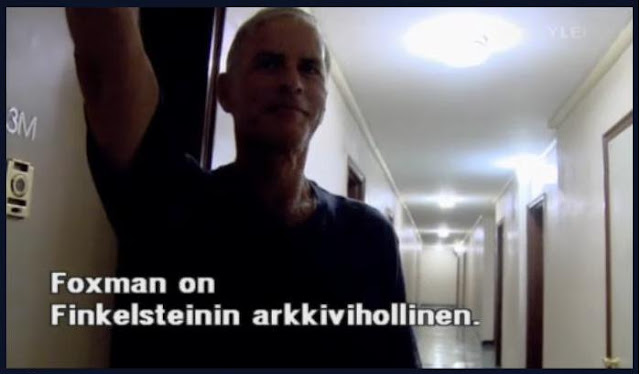