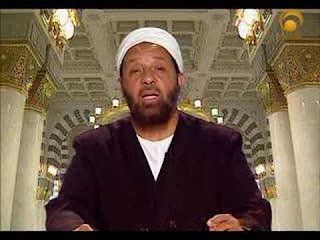 What will the Swedes do? The Tundra Tabloids will be watching. KGS

An organisation for young Muslims in Sweden has outraged the country’s largest gay rights group by inviting an imam in favour of executing homosexuals to speak at its April conference.
US-born preacher Sheikh Abdullah Hakim Quick, who has described Jews as “filthy” and advocates the execution of homosexuals, is scheduled to speak at the Sveriges Unga Muslimer (‘Sweden’s Young Muslims’) conference this Easter weekend.
The Muslim group has claimed it was unaware of Hakim Quick’s extreme views when the booking was made but said it would not remove him from the roster as this would disrupt the conference schedule.
“That’s no excuse, it just shows a complete lack of responsibility,” said Sören Juvas, chairperson of Swedish gay rights group RFSL.
Juvas expressed fury that the hateful preacher was to receive a platform in Sweden on which to air his extreme views.
“I was previously under the impression that this organisation respected principles of equal rights for everybody but now it seems they couldn’t care less about the values they claim to stand for,” he told The Local.
“If the roles were reversed and we had found out that one of our speakers was Islamophobic then we would have immediately retracted the invitation.”
Mohammed Kharraki, vice chairperson of Sveriges Unga Muslimer, did not return The Local’s calls on Wednesday.
In a statement released on its website on Wednesday afternoon, however, the organisation defended its decision to allow Hakim Quick to speak and claimed it was the victim of a smear campaign launched by Liberal Party politician Philip Wendahl.
Wendahl called last week, in an article published by opinion website Newsmill, for the Swedish National Board for Youth Affairs (Ungdomsstyrelsen) to withhold 1.5 million kronor ($200,000) in funding earmarked for Sweden’s largest Muslim youth group in 2010.