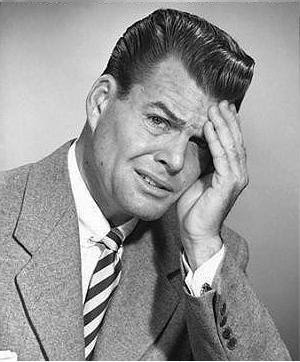 Not this peace settlement crap again?
Man this gets tiring. It’s like trying to explain to a three year old why he can’t have a full glass of water right before he goes to bed. There’s the predictable kicking and screaming and the full denial of the obvious, (a very wet bed in the morning) then you just have to wait out the tantrum until it subsides. That’s the hallmark “Readers Digest” version of the peace process.
No other place of conflict in the world ever had such a process, not in even in present day Kashmir or in Cyprus, but in the Arabs’ conflict with Israel, the world thinks it has to have one. Presently, the openly genocidal Hamas has not let go of its tightly held goal of getting rid of the Jew, nor will it do so in the future, for doing so would be tantamount to rejecting the very reasons for its own existence as a movement.
Fatah, led by Mahmoud Abbas, has continued on the exact same destructive course of incredible corruption as did his predecessor Arafat, that has led many people -those not tightly alligned to the major clans that live of its largesse- to reject it in favor of Hamas. Hamas and Fatah loathe each other, and will never be able to work together, due to difference in clan allegiances, and in the difference between their religious fervor.
When it comes to murdering Jews, well, they see pretty much eye to eye there, they’ll strike up a hudna (a temporary peace) in order to take time out to murder some Jews, then they’ll get back to business of trying to steal more from each others turf. There is no loyalty or allegiance to the idea of a “Palestinian state” by these two sides, it happens to be one of the biggest mythes and or/ruse of the century. The Egyptian Arabic dialect speaking Gazans (of which Arafat was one) have little to do with the “West Bankers” and the feeling is mutual.
The danger lies however, in how easily the Europeans and Team Obama are willing to look between their fingers and turn the screws on Israel, and if the Jewish state is willing to bend or even buckle under all the arm twisting. Without a doubt, the Quartet will throw a wink and a nod to the Arabs, that they must do this or that in the future, but all of the onus will be placed upon Israel to place concrete measures on the ground, continuously.
The Europeans along with Team Obama are trying to make a Middle East version of Belgium out of the Arab peoples who are badly mislabeled, “Palestinian”. It’s doomed to failure, and for many reasons, but the biggest reason is that the Arabs have not given up on the dream of having it all. That’s why, more than any other reason the TT could name, is why the Arabs’ conflict with Israel will not come to an end, at least any time real soon.

MOSCOW – The Quartet on the Middle East (USA, Russia, the EU and the UN) meeting today in Moscow has asked for a solution for the region within two years, says UN Secretary General Ban Ki-moon. In the statement released at the end of the talks, read out by the UN Secretary General, it is stated that ”the Quartet believes that the negotiations must lead to a solution negotiated between the parties within 24 months.”
”This solution,” continues the text, ”must put an end to the occupation that began in 1967 and bring about the creation of an independent Palestinian State that is democratic and dynamic, which will live in peace and security next to Israel and its other neighbours.” Ban Ki-moon continued by saying that the Quartet asked Israel to freeze all settlement activity. ”The Quartet urges the government of Israel to freeze all settlement activity, including natural growth, dismantle outposts erected since March 2001 and to refrain from demolitions and evictions in East Jerusalem,” Mr Ban said.
The Quartet then said it was ”deeply concerned over the worsening of the situation in Gaza, in particular with regard to human rights.” US Secretary of State Hillary Clinton, Russian Foreign Minister Serghei Lavrov, the European Union foreign policy chief, Catherine Ashton, and Ban Ki-moon took part in the meeting of the Quartet (USA, Russia, the EU and the UN).