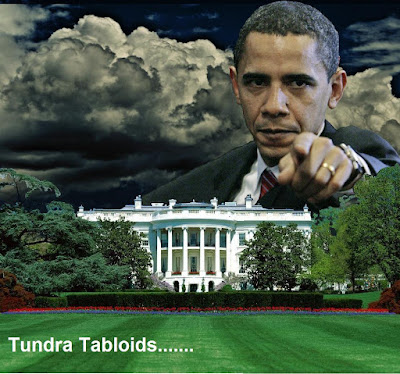 Oh that’s easy to figure out why, he’s an idealogue and a bully like his chief of staff Rahm Emanuel, so breaking with centuries of tradition is not a problem with him. That man despises the constitution he swore to uphold, tramples on the freedoms of every American with every attempt to force a radical realingment in the relationship between the citizens and the state through socialized run health care. So beating up on the judiciary during an address in congress where they’re not able to say anything back, is spure Obama. KGS

TUSCALOOSA, Ala. — U.S. Supreme Court Chief Justice John Roberts said Tuesday the scene at President Obama’s State of the Union address was “very troubling” and the annual speech has “degenerated to a political pep rally.”
Obama chided the court, with the justices seated before him in their black robes, for its decision on a campaign finance case.
Responding to a University of Alabama law student’s question, Roberts said anyone was free to criticize the court, and some have an obligation to do so because of their positions.
“So I have no problems with that,” he said. “On the other hand, there is the issue of the setting, the circumstances and the decorum.
“The image of having the members of one branch of government standing up, literally surrounding the Supreme Court, cheering and hollering while the court — according the requirements of protocol — has to sit there expressionless, I think is very troubling.”
Breaking from tradition, Obama criticized the court’s decision that allows corporations and unions to freely spend money to run political ads for or against specific candidates.
“With all due deference to the separation of powers the Supreme Court reversed a century of law to open the floodgates for special interests — including foreign corporations — to spend without limit in our elections,” Obama said in January.
Justice Samuel Alito was the only justice to respond at the time, shaking his head and mouthing the words “not true” as Obama continued.
Roberts told the students he wonders whether justices should attend the speeches.
“I’m not sure why we’re there,” said Roberts, a Republican nominee who joined the court in 2005.
Justice Antonin Scalia once said he no longer goes to the annual speech because the justices “sit there like bumps on a log” in an otherwise highly partisan atmosphere. Six of the nine justices attended Obama’s address.
Roberts opened his appearance in Alabama with a 30-minute lecture on the history of the Supreme Court and became animated as he answered students’ questions. He joked about a recent rumor that he was stepping down from the court and said he didn’t know he wanted to be a lawyer until he was in law school.