Rabbi Shneur Kesselman
“ever since I came here people have been
shouting ‘fucking Jew’ and ‘heil Hitler’ at me.”
Forget about the mythical unicorn of “Islamophobia”, with more Muslims wanting to pour into Europe than ever before, the Organization of the Islamic Conference’s habitual “cry of wolf”, is falling on deaf ears. Jewish communities are being pressured in every quarter of Europe, save Finland, with Jews heading for greener pastures elsewhere as politicians choose to be more attentive to their larger Muslim constituency, at the expense of their smaller Jewish communities. That’s the reality of it. KGS

From the Sweden Israel and the Jews blog:

Recently the hate crimes in Malmö and Skåne County have come under increased surveillance as the numbers have doubled since last year. According to the Swedish daily newspaper Expressen, “During the year of 2009, 270 hate crimes were reported in Skåne County and about 25 percent of these were aimed towards Jews.”
One of those exposed to anti-Semitic hate crime is Rabbi Shneur Kesselman of the Malmö Jewish community. He states in an interview with Expressen on March 5th that “ever since I came here people have been shouting ‘fucking Jew’ and ‘heil Hitler’ at me.”
What is worth noting about Rabbi Kesselman’s statement in Expressen is that out of the 65 incidents in 2009, according to the Skåne police, three of these incidents were directed at Kesselman. Yet according to Kesselman, 15 separate reports were filed concerning anti-Semitic hate crimes aimed towards him. The worst incident involved someone trying to run him over with a car. Apparently, the authorities have a different method for calculating these figures, as the full number of incidents does not appear in the Skåne police statistics.
Another disturbing aspect of this case is the time it took before police brought Kesselman in for a hearing. An attack Kesselman reported in September 2009 was only dealt with in February 2010.
The most common anti-Semitic hate crimes have been graffiti or engraved swastikas or Stars of David on buildings or cars but there have also been several arson attacks on Jewish sites in Helsingborg as well as Malmö Jewish community.
According to Expressen, some of the most serious anti-Semitic hate crimes occurred in Northwest Skåne where a family from Helsingborg was threatened with death and a man later tried to run their car off the road. In another northern Skåne town a man is suspected of etching a swastika into the hand of another person with sulphuric acid. But remember what the OIC sec-gen sez: 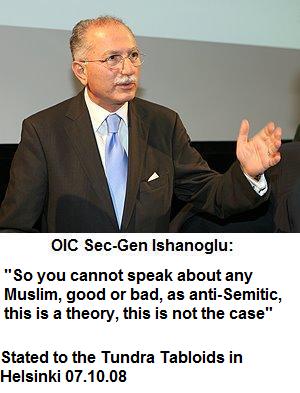