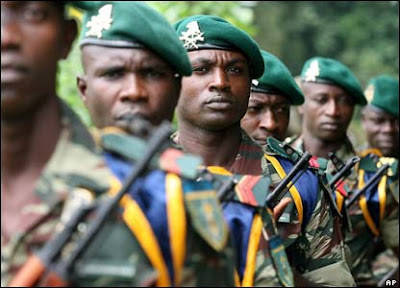 Jos, 8 March(AKI) – Nigeria’s government sent in troops to the northern Jos region on Monday after at least 500 people were killed in attacks by machete-wielding gangs on Christian villages early on Sunday. Police said they had arrested scores in connection with the attacks, which are said to have been carried out in revenge for Muslim-Christian clashes near Nigeria’s city of Jos that killed hudreds earlier this year.
“We have been able to make 95 arrests but at the same time over 500 people have been killed in this heinous act,” said Dan Manjang, an adviser to the Christian-dominated Plateau state government, in one report.
Many of the dead were women and children, who were hacked to death by the gangs, who were also armed with machine guns, officials said.
In January, 326 died in clashes in Jos between rival religious and ethnic groups, according to police, although rights activits said more than 550 had been killed.
More here.