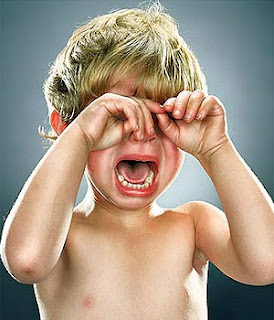 This story comes by way of the intrepid Kumitonttu, concerning a day care center in Finland, in which a Muslim father demanded that they cater to his Islamic beliefs, and segregate his son from other Finnish girls during nap time. It’s been noted more than once in Finnish public forums, that parents are moving their children out from the areas where immigrant parents are placing similar demands on these facilities where their children are being cared for.

It’s resulting in a flight of ethnic Finns from day care centers and schools where immigrant demographics are increasing. Here’s an op-ed by A.-P. Pietilä in the Vantaa Sanomat, a paper in a suburb of Helsinki, who says that the people have had it with the multiculturalism politicians are shoving down their throats, and are beginning to take matters into their own hands. And why shouldn’t they? KGS

The subjugation of girls begins at day care

“This is a true story from an every-day life in a Finnish Kindergarten: A [muslim] father comes with a crying son to meet the director. “The honor of my son has been violated in front of his family” says the father. The son has explained the routines in the kindergarten.
“My son must not be put sleep if there are [native] girls above or next to him.” The father insists, based on his religion and culture, that the Finnish girls must sleep in other locations.
Because this story takes place in Finland, the Finnish day-care personnel are isolating Finnish girls, from immigrant boys. In the same day care center, it’s taught that all people are equal and all should be treated equally. This is based on the Equality Act and on the UN Declaration of Human Rights. No one has special privileges because of religion or their skin color, nor will anyone be descriminated against because of religion, culture or skin color.This is based on the law banning discrimination.
Because this story takes place in Finland, day care center directors approved of special privileges for immigrants. “Believing” boys are treated in day care centers from their infancy as privileged. In Finland, subordination of women begins in swaddling clothes. What say the children and Women human rights organizations?
A number of parents belonging to the host population are preparing a complaint to the Equality Ombudsman for the illegal treatment of children in day care. If a verdict is sometime handed down, it’s the day-care workers who will receive punishment, not the fathers of the “believers”.
Immigration Minister Astrid Thors, Minister of Justice Tuija Brax and Equality Minister Stefan Wallin are aware of the events of the Finnish day care centers.
Grassroots cultural collisions are commonplace, which the immigration politicians decide to down play. The Finnish children’s parents reacted at breakneck speed on their own feet and exchanged residential areas, schools and kindergartens. Do politicians want the rise of an anti-foreigner people’s movement in Finland, which is already raging in Central Europe? At least I do not want to.