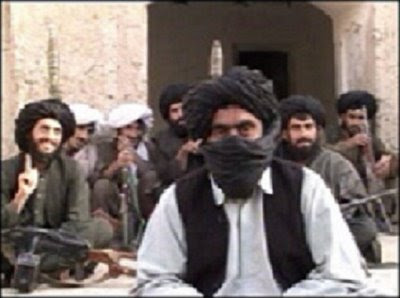 Mullah Abdul Qayyum Zakir:
My thanks to all the Lefties around the world,
I couldn’t have been released without your help
You see, this is the reason why Gitmo exists, to hold these animals indefinately until hell freezes over, but the mush heads on the Left want to respect the “rights” of those who wish to slaughter them. The Tundra Tabloids suggests that Leftist students listed on the books of  Amnesty International and Human Rights Watch should be forcibly drafted into the military and made to fight these jackals. KGS

Quote from article: [“When we sort of started to clean out Cuba … it really was under the understanding he would stay locked up here.”]

KABUL: The insurgency in the most violent part of Afghanistan is being led by a former Guantanamo Bay detainee, set free by the Afghan government in a botched attempt at reconciliation with tribes, a NATO official said on Saturday.
The man, known by the names Mullah Abdul Qayyum and Mullah Zakir, was arrested in 2001 and held in the US prison camp in Guantanamo Bay, Cuba, until 2007, when the administration of President George W Bush turned him over to Afghan custody. He is now the commander of Taliban forces in southern Afghanistan – including the Helmand province, where US and British forces launched the war’s biggest offensive last month – and a leading candidate to take over as Taliban number two and overall military commander, said the NATO official.
Qayyum was transferred to a prison in Kabul in 2007. Afghan Deputy Attorney General Fazel Ahmad Faqiryar confirmed that the Afghan authorities freed him in 2008 under a reconciliation programme.
The NATO official said President Hamid Karzai appeared to have authorised the release in an effort to reconcile with Pashtun tribes involved in the insurgency. “When we sort of started to clean out Cuba … it really was under the understanding he would stay locked up here,” he said.
“Karzai was the one who authorised the release, and I don’t think we were very pleased about it,” the official said. He said Qayyum took up his position as commander of the insurgency in the south shortly after his release.
Qayyum, believed to be in his early 30s, is now one of two top figures thought likely to replace Mullah Abdul Ghani Baradar, the NATO official said.
The other likely candidate would be the commander of the insurgency in the east of the country, Mullah Mansour, he said.
However, a Taliban commander in the south, Mullah Hayat Khan, told Reuters that Qayyum was likely to emerge as Baradar’s successor, and would be more aggressive than Baradar. “The Taliban movement will be very strong with Mullah Qayyum in place of Mullah Baradar,” he said. al-reuters