By way of the Tundra Tabloids’ friend and Counterjihad colleague, Gaia, who was present at the viewing of Geert Wilders’ film Fitna, at the House of Lords. 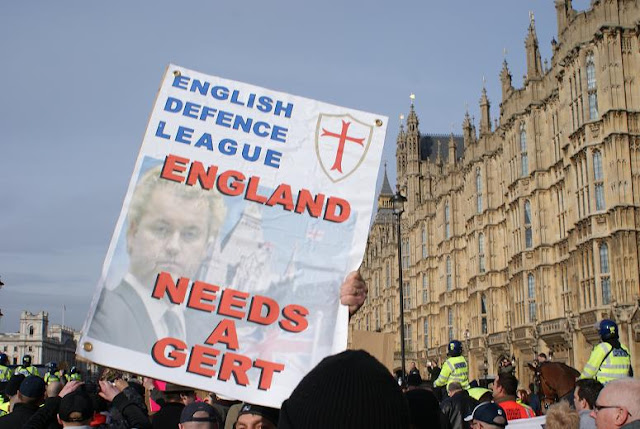 Patriots of the EDL converge 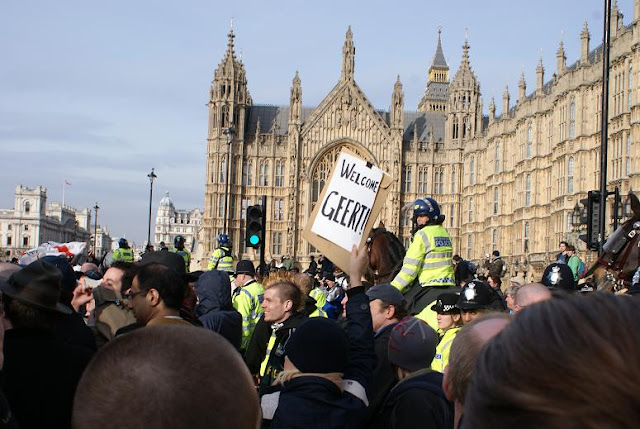 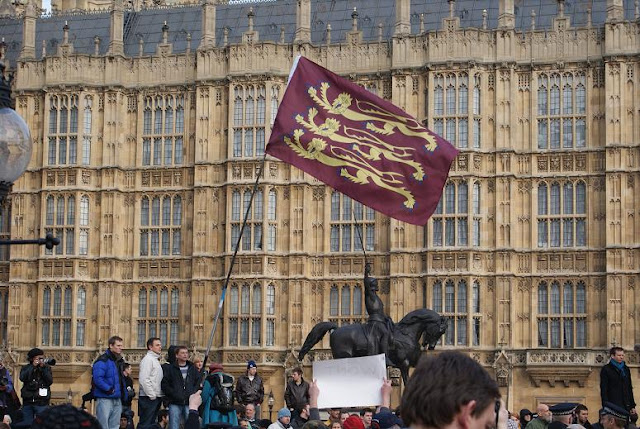 Gaia: “The flag standand of Richard the Lionheart flutters in front of his statue at Parliament. Between the EDL and the Parliament is is group of UFA hecklers” 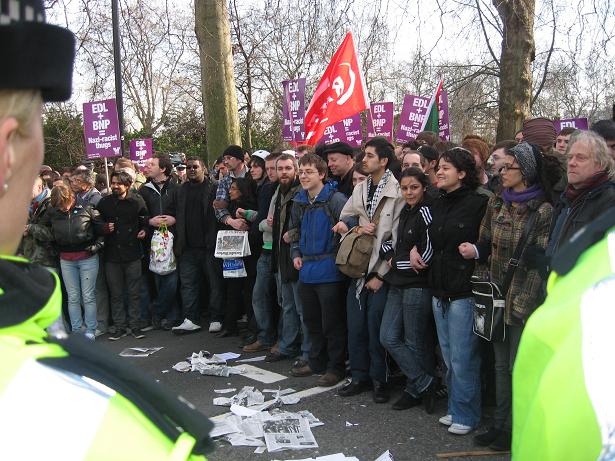 Notice the symbol of international terrorism and Islamofascism, the keffiyah scarf, draped around the neck of one of these “anti-fascist” protestors. Yeah right, demonstrators against fascism locked arm in arm with a supporter of totalitarianism. The Tundra Tabloids wagers that if it weren’t cold outside, you would have seen them sporting Che T-shirts as well. A real convincing bunch of morons. 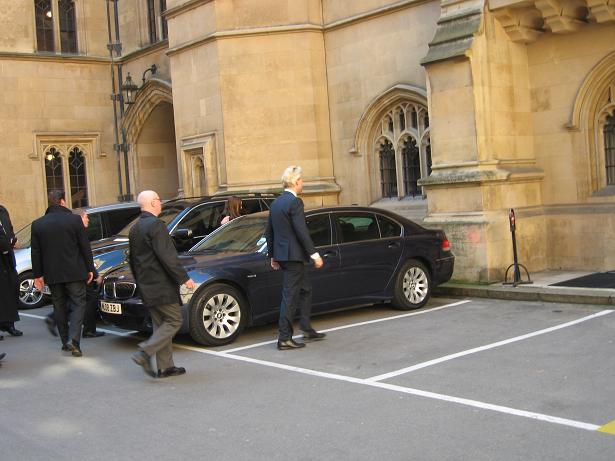 Dutch MP Geert Wilders heads into the House of Lords 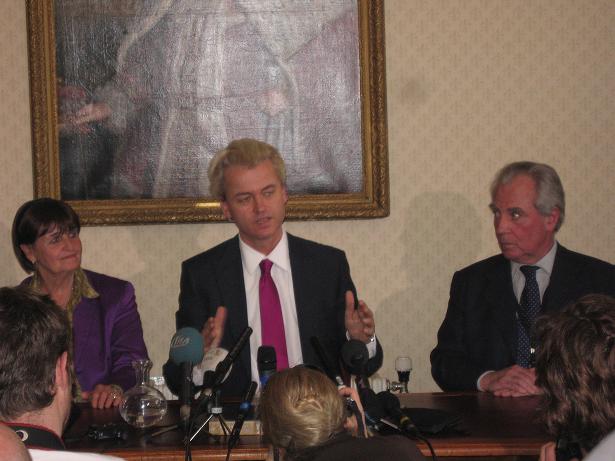 Press conference afterwards
NOTE: Read this eye-witness report over at the GOV:

UPDATE: Vlad give the TT the heads up on his latest vid on the EDL support rally for Geert Wilders.